Let’s face it: pop music in 2011 isn’t what it was in 1970. The harmony of the Beatles and Simon and Garfunkel and the unique voices of Bob Dylan and John Fogerty have been largely replaced by auto-tune and generic high-octave voices.

One of the most common things you will hear from all of the people who don’t have Justin Bieber or Lil’ Wayne on their iPod is “Modern music is terrible!” In fact, many people in Bethel listen to metal or classic rock as an escape from what’s on the radio.

However, there is such a thing as good modern music, as allusive as it may be; you just need to know where to look (cough*Pandora*cough). A YouTube playlist with some of the songs mentioned in this article can be found at the bottom or alternatively here.

Ratatat
Ratatat is an electronica/rock band consisting of guitarist Mike Stroud and producer Evan Mast. There are no vocals, but there is more than enough going on to substitute. If you are interested in listening to a band with a lot of energy, great instrumentation, and song structure without average singing bringing the rest of the qualities down, Ratatat is your fix. Their most popular song is “Loud Pipes”, which is a great single, but some of their real gems include “Mi Viejo”, “Swisha”, and “Nostrand”.

José González
If you like Jack Johnson but are looking for more complex, classical sound José González is your man. Swedish born but of Argentinean descent and musical influence, José González’s music is often light and acoustic; but, he is a master of his instrument, often sounding like two separate guitarists playing in harmony. His voice is unique and his singing is nearly perfect. José González’s music proves that simplicity and heartfelt songs trump the bells and whistles of other, more popular artists. Some of his more popular songs are covers such as “Heartbeats” and “Teardrops”, but some of his singles, “Crosses”, “Down the Line”, and “Killing for Love” are particularly impressive; just ignore the disturbing pig man that appears in his music videos.

Ludovico Einaudi
An Italian pianist and composer, Ludovico Einaudi proves that Classical music isn’t quite dead yet, and proves it with overkill. Sometimes associated with the minimalist movement, Einaudi, while acknowledging it is an influence, declines the genre. His music, which usually consists of just a piano and sometimes strings, is best defined as meditative and introspective. While he’s no Chopin, there isn’t much better you can do in the 21st century. “Una Mattina” and “Primavera” are both excellent, but don’t miss “A Fuoco”, arguably his best piece.

Umphrey’s McGee
Umphrey’s McGee is an American Progressive rock/jam band from Chicago. While they are technically in the same genre as Phish or The Grateful Dead, their style is more attuned to Pink Floyd, Dream Theater, or Frank Zappa. This band focus on live performances and their style varies from funk, to blues, to jazz, to hard rock on a whim. They are skilled in their communication during shows and develop their songs into long jams. Try looking up a live video of “Cemetery Walk”.

RJD2
An American hip hop producer and more recently musician and singer, RJD2 is known for making tracks for many prominent rappers as well as independent tracks from a variety of genres. While hip hop is his focus, his music can vary from near techno to hip hop combined with Latin folk. He is popular on YouTube for his music video to the song “Work it Out”, featuring man dancing through the streets of New York with crutches. Some of his pure audio tracks are seemingly story driven adventures, with twists and turns right when you beginning to get a handle on them. Try listening to “Ghostwriter” or “1976”.

Little People
Another American hip hop producer, Little People, has one studio album, Mickey Mouse Operation, which is more than worth picking up. If you enjoy interesting drumlines, piano, and heavy bass, Little People is for you. The songs are full of soul and are rarely similar. Some feature light echoic vocals, some strings, some are purely minimalist. The album combines it’s individual parts into a barrage of musical excellence, worthy of any iPod. “Moon,” “Idiom,” and “Start Shootin’” are all great songs and show the variety of Little People’s sound. Look forward to more from him in the future. 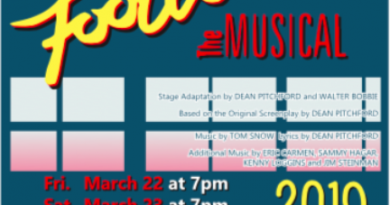