The Big Bang Theory
The hit show, The Big Bang Theory premiered with back to back new episodes, and seems to be picking up where it left off with the gang. Sheldon becomes the hero of their department’s paintball team; his many uses of his ipad never fail to impress me, and Raj confronts his feelings for Penny after their shocking encounter last season. Fan favorite, Amy Farrah Fowler returns with her always interesting commentary, this time about the oh-so intriguing “skank-reflex.”

In the second episode, Sheldon takes a particular liking to Penny’s new chair, which leads to his positively hilarious germaphobe response upon finding out she retrieved it from the garbage. Meanwhile, Leonard and Priya are struggling with their long-distance relationship, and Howard’s attempt to help him leads to a disturbingly funny robotic make-out session between Howard and Raj.
Overall Grade: B+

Modern Family
After claiming five Emmy awards including Outstanding Comedy, Modern Family returned with two new episodes, both reminding audiences why the show won in so many categories. The refreshingly witty banter and unique, yet so familiar characters make the show unlike any other.

The family vacation to a Dude Ranch leads to; you guessed it, an unforeseen series of events, like Dylan’s proposal to Hayley, and Alex’s first kiss! Jay is concerned about Cowboy Hank hitting on Gloria, whom he has nicknamed, Cactus Flower, resulting in Phil exclaiming that he will only be checking “somewhat-satisfied” on his comment card in attempts to win over Jay.

The second episode allowed the new actress playing no longer mute, Lily to win our hearts even with her incapability of sharing, and apparent hatred of the idea of a new baby in the family. This triggers some of the other characters to come to terms with their issues, like Claire always feeling the need to be right. Still, the best line was from Jay in the first episode saying, “Something’s wrong with my horse; she’s veering to the left. When this happened to my uncle, it was a stroke.”
Overall Grade: A

The Office
Andy Bernard (Ed Helms) is the new regional manager?! However, the aloof and positively annoying Robert California (James Spader) has now taken the position of CEO of Dunder Mifflin Sabre. There seems to be a gaping hole left in the show without leading man Steve Carell as Michael Scott, and it’s hard to imagine anyone great enough to replace him.

Anyways, Robert California goes on to make a list of the employees separated in two columns. It’s apparent that the left side is the column to be on, and the ones listed on the right are fearful of what the new CEO plans to do with them.

In addition, Pam and Angela are both pregnant, Pam for the second time, who seems very emotional lately. Despite my constant wishing that Steve Carell/ Michael Scott will return to the show, I will definitely keep watching solely for the tender moments between Jim and Pam. How can you not love when Pam finds Jim’s list, looking similar to that of Robert California’s, with “Pam, Cece, New Baby” written on the left side, and “Everything Else” written on the right? However, overall, the episode fell a bit short.
Grade: B- 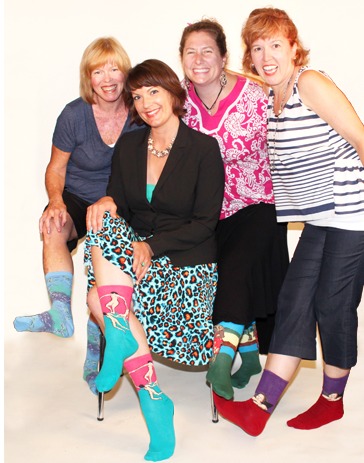