“It’s unbelievable what you don’t know about a game you play everyday.” This quote by the historic Mickey Mantle is seen at the very beginning of the movie Moneyball, and it really describes what the film is like. People when they watch sports often only see the action that takes place on the field, but this movie helps show that there are several things that go on behind the scenes.

The movie is based on a true story of the General Manager for the Oakland Athletics named Billy Beane (Brad Pitt) throughout the 2001-2002 baseball season. The Oakland Athletics did not have a high paying payroll like other major league teams, so they were unable to compete and get the same quality of players as other franchises. Billy Beane tried to find a solution, and a way the Athletics could still be a good team despite the low payroll. He brought in Peter Brand (Jonah Hill) who was an economics major from Yale to help out the team to bring in new players. Between Beane and Brand, they created a new system of valuing players in statistically breaking them down through their career numbers. They were able to create a winning team out one of the lowest budgets in baseball history. The movie portrays the ups and downs for the Athletics in the 2002 season with their new player evaluation system.

The characters’ emotions were very believable through their acting in the film. There was a lot of pressure on Billy Beane to put out a good team, but it was extremely difficult with such a low budget. Beane took his job serious, and the viewer could really feel the anger and frustration when the Athletics lost, and the joy when the A’s won. Beane was so superstitious and nervous, that he would never watch the games in person. Other members of the front office would go to the games and watch the team, but he could barely withstand himself with how serious he took the game, and he believed that he brought bad luck to the team when he watched them. One memorable quote in the movie is when Pitt says, “I hate losing more than I enjoy winning.” This accurately portrays the character of Beane, and how he goes about life and his job. He is nervous, and over the top, yet loves the game that he is a part of.

Once the Athletics started a winning streak and getting better, the audience is taken in by the underdog story. The emotions felt by Billy Beane, the Athletics, and the city of Oakland captured the audiences attention. The director was successful in showing how the city really had hope for the Athletics to have a winning team, and the viewer too felt the same way hoping that this team could have their shot at glory. At the end of the movie, the audience clapped for the excellent performance of Brad Pitt and the intreuging story of Billy Beane.
This movie is fantastic and captivating. Hats off to Brad Pitt and director Bennett Miller, for capturing the amazing true story of Billy Beane and his revolutionary influence on the game. This is an absolutely flawless movie that everybody should see whether you are a sports fan or not. It is well worth the price of admission.
Grade: A 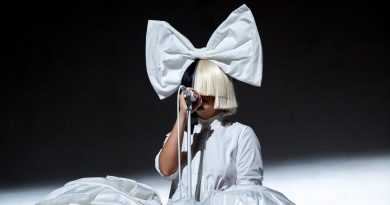