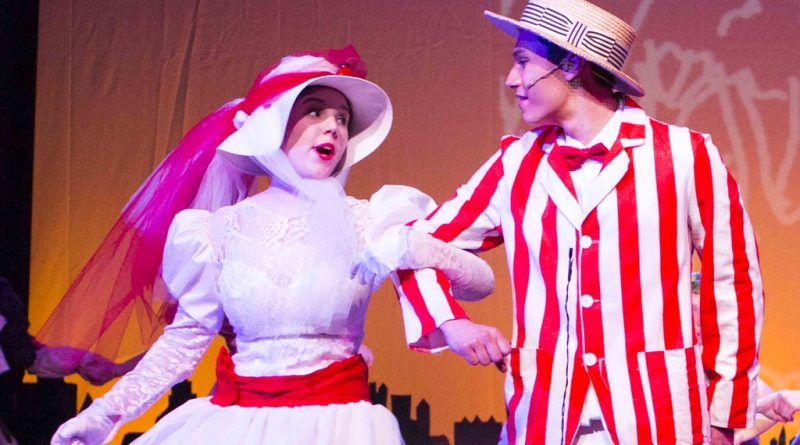 As the month of March ended, so did another wonderful musical production at Bethel High School. Within four months, the cast, crew, and pit were able to create an amazing performance of Mary Poppins that wowed people of all ages. Rachel Salvador ‘17 was perfect for the role of Mary, and was accompanied by the talented Mark Tully 16’ who played Bert. The ensemble showcased their dance moves during songs such as, “Playing the Game”, “Supercali”, and “Step in Time.” The stage crew worked very hard during this production, as Mary Poppins had some of the hardest scene changes compared to those of the past couple years. The set brought the audience back to the 1910’s, as if they were in London with Mary herself. The music numbers were also some of the most challenging for the pit, as they were playing such upbeat songs like “Supercalifragilisticexpialidocious.” Even though there were some electrical troubles during the Sunday showing when the school lost power, the show still went on. Congratulations to the cast, crew, and pit on an amazing musical, your hard work definitely paid off.