Skip to content
Arts and Entertainment
May 17, 2021 adviser 0 Comments

Did you know that 2021 marks the 20th anniversary of BHS Musicals?

This year, the BHS Theater Department is putting on a musical revue! A revue is a cabaret-style production, which consists of songs and dance numbers from different genres and tells an overall story.

The revue will feature songs from musicals such as “Grease,” “High School Musical,” “Guys and Dolls” and other past Bethel productions. The production will be pre-recorded and live-streamed on May 21.

The show follows the hilarious narrators Ethan Smith ‘22, Georgia O’Connor ‘24 and Jack Boucher ‘22 as they introduce the numbers with show history, skits and a bunch of flair. Soloists include Jessica Olexy ‘21, singing, “Shy” from “Once Upon a Mattress,” Alana Botex ‘22 singing “Oh What A Beautiful Morning” from “Oklahoma,” and Ethan Smith ‘22 performing “King of the Forest” from “The Wizard of Oz”. Lara Cruzado ‘23 will sing “Home” from “Beauty And The Beast” alongside the fabulous Kaela Herzog ‘21.

“COVID-19 made performing extremely difficult, but this year we managed to pull through and create our own little version of a musical. I am so glad we are able to put on a show this year because of the cancellation of our last one,” explained performer Libby Resendes ‘23.

There are no tickets necessary to watch the revue but the theater department will be accepting donations to support the wonderful theater program and Bethel’s amazing performers during the show!

Visit https://www.bhstheaterboosters.com for more information on the musical revue. The live stream and donation link will be found there closer to the show date. 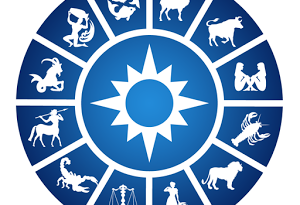