Everyone’s spirits, and expectations, are already high for BHS’s renovated spirit week. Sophomore class president Justin Quader was disappointed with last years shortcomings, but is thrilled over the student picked topics. Quader exclaims that he’s “hoping for a good spirit week” and “hopes more people will participate” because of the hip new topics. After all, spirit week is the only week of school when students have a chance to doll themselves up in the craziest garments they can procure. It’s an opportunity students should seize instead of shun, and with a little hard work spirit week can flourish into a miraculous show of pride that would put even the greatest movie sets to shame.

Some critics, though, are less than enthusiastic about the student picked topics. Sophomore Gabriella Oddo suggests that “overall, it could have been so much more creative” and dreads vampire/wizard/zombie day, claiming that “we’ll just get a bunch of Edward [Cullen]’s in school. [That] would be horrendous”. Topics such as superheroes, vampires, and Disney characters were selected because of their wide appeal to the student body and presence in modern day pop culture, so it’s not a far stretch to assume the sparkling vamps from Stephanie Meyer’s teen hit Twilight will be present.

After participating for years in spirit week, senior Vincent Sheehan is more optimistic. “I’m liking superhero/super villain day” he raves, revealing his plans dress as comic book hero Red Lantern. When asked if she intends to celebrate spirit week, Senior Nicole Hensley says “sure, why not?”

Upperclassman Rachel Kiley, as well as sophomores Alexus Smith and Allison Appleby love the new voting system the school has put in place, giving students input on spirit week. Unfortunately, Sheehan comments that he doubts it will motivate more people to participate.

Last year, spirit week seemed like a non-event, composed merely of handfuls of toga clad boys and girls decked out for wacky Wednesday. Sheehan reflects on the mundane spirit week of last year, remarking that toga day seemed “pointless” and “impractical”. Rockmacher concurs, still left questioning “what [was the] point?”. Toga day received little result and little support, but such unrest will be dispelled this year by the students ability to contribute to the themes of spirit week. 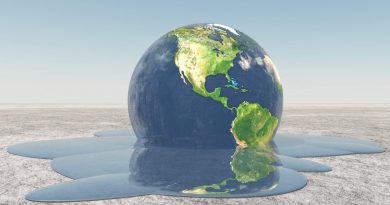