Due to the tremendous amount of snow, Bethel has canceled February break. Originally, Bethel schools were scheduled to have February 21 and 22 off, but now school is in session with an eight period day.

To some, February break’s cancellation interrupted plans with friends and family; but, others are glad summer break will not be postponed. Brian Walker, a senior at BHS, said, “I don’t really mind. I’d rather have two more days of summer than have two off in February.”

Alvaro Messa, a sophomore, disagrees. “I am disappointed. Bethel has always gotten February break off, but this year for the first time we have to go into school.”

In years past, Bethel always got February break off even though it’s only two days, unlike most schools that have a full week. Those two days help students relax and catch up on schoolwork and also recover from the common cold that everyone seems to have now.

On the bright side, now Bethel High School students get to enjoy two more days of summer in the warm sun. Senior Ritchie Hodge says, “No February break just means I graduate sooner, so I am happy that there is no break.” Most seniors agree with Richie Hodge because all seniors just want to graduate as soon as possible.

But Sophomore Gerald Ventrigo says, “I am disappointed. I was looking forward to relaxing on break. Now I can’t.”

All students except seniors seem to be disappointed in Bethel’s decision to cancel February break. But by the time June comes around, most students will be happy that they get to enjoy summer break two days earlier.

Op-ED: The Truth in Excellent Sheep 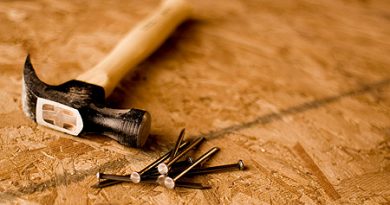