After “trying everything underneath the sun,” Kelly McCourt, senior, got involved with Irish Step Dancing when she was six because it was literally next on her list. “My mom said, well we’ll try this. If you don’t like it then we will go on to the next thing, which was going to be gymnastics,” explains McCourt. “[Irish Step Dancing] just kinda stuck and I loved it.“ Over the next eleven years, McCourt began competing at global level. In fact, she has been overseas about 20 times.

Last week, McCourt was in Killarney Ireland, competing in All-Irelands, a National Irish Step Dancing Completion. She came in fifth out of 150 dancers in her age group. But, in order to compete in All- Irelands, McCourt had to dance and place well in a series of smaller competitions. She started as a Beginner when she was younger, and continued through to the New England Oireachtas, for more advanced dancers. Through dancing, McCourt has been exposed to the world outside the little ol’ town of Bethel, and her worldly insight provides her with unique experiences.

Kelly McCourt: It’s a competitive world and people don’t really understand that because they normally just see the traditional Irish Dancing. It’s dancing, but it’s much more. You have to be really athletic to be able to do it because there are a lot of jumps. And then, you have to be really graceful. It just combines everything together into one big competitive sport.

WW: At these competitions, what is your day-by-day schedule like?

KM: Every day is very similar. Each morning we wake up early because the first competition of the day begins promptly at 5am. We find seats and sit and watch dancing all day. The dancing is just amazing so it never gets old! [But when it is your turn to dance,] you walk out on stage, then you say that you can do it, and it’s really a years worth of work for six minutes in the stage.

WW: How successful are you at these competitions?

KM: I have won my Regionals since I was under eight, that’s like all of New England, and that something I’m proud of. I came in second two years because I had surgery because of dance, and I have recently made it onto the box at my last two international events, which is like at the Olympics when they have the podium of the top three; we have the podium of the top five. And it’s really big to get on those, so I was really proud.

WW: How does your family feel about your dancing?

KM: They really support me. We’re a pretty competitive family even between ourselves. So to have the chance to compete is really good. And they are fully behind me. Hopefully I’ll be able to do this forever… well maybe not forever, but I would like to possibly make a career out of it. And maybe teach dancing later in life. But, [My parents] like [that I am] getting out there because it is an experience that not many people are offered, to say that ‘Oh I’m going to Ireland next week. And then be able to say “ Oh I’m going to Ireland in April.” That’s not something that you hear every day, so it is good to have that opportunity, and they let me take it.

WW: What the best part of dancing abroad?

KM: It is a great opportunity to share in the Irish dancing culture and it is also amazing to have the chance to travel overseas. It is something that gives you real world experience that you can’t learn from textbooks. 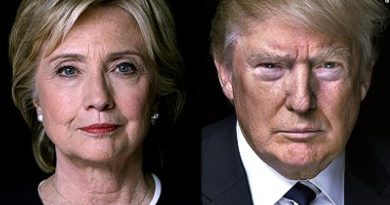