The clocks have been reset, red eyes have been rubbed, and BHS drowsily welcomes spring after last Sunday’s daylight savings time move. As students shake off the winter blues in preparation for the long awaited spring, it is still hard to get used to the loss of a much-needed hour of sleep. The adjustment that comes with daylight savings time brings attention to the dilemma over whether high school students are waking up and coming to school too early.

The BHS school day starts at 7:35 AM everyday, and the long drag to 2:15 in the afternoon can be painstaking when teenagers do not have enough sleep to power them through the day. According to Mrs. Hook in the BHS Nursing Office, “High school students should really get about eight hours of sleep every night. It’s not healthy to get less and less.” Adolescents are naturally wired for sleeping. Mrs. Hook says that teenagers “natural body clocks” are at a stage when staying up late and sleeping in is normal.

When daylight savings time starts, students are waking up to the dark and having trouble with their studies. According to an article called “Nocturnal Teens Need Sunlight” published by PsychCentral.com, teenagers are more inclined to come to school lethargic because of their lack of proper sunlight intake. Dr. Mariana Figueiro reports, “These morning-light-deprived teenagers are going to bed later, getting less sleep and possibly under-performing on standardized tests. We are starting to call this the teenage night owl syndrome.” The lack of sunlight at 6 AM when most BHS students are preparing for school can prevent this absorption of morning “blue light.”

This problem begs the question: should high schools start their school days later than the typical crack-of-dawn routine? BHS senior Allie Infurchia says “I would like that. I end up coming to school late all the time because I sleep in and increasing the start time might help me get out of bed!” And she is not the only one who thinks getting more time is beneficial. Mrs. Hook believes that “High school should definitely start later and the elementary kids should start earlier. It just makes more sense.”

Unfortunately this move for change brings about a whole new set of problems such as the need to extend the school day into the afternoon in order to accommodate for a later morning. The extension can cause imbalance with other area schools’ schedules and this stirs trouble for high school athletics. Mrs. Hallock, of the Counseling Office, has two sons in BHS and believes that sports may be affected by schedule changes: “Its going to get dark earlier for the fall sports and that causes problems with games.”

Brittany Ravo, a senior at BHS who participates in girl’s soccer and the spring track and field team, says “You might have less people able to join sports because practice times and games can go longer. But you might bring attendance to school up too.”

The balancing act between school and after school activities is already difficult enough to handle. Will it be too much to try and rearrange the schedule just for a few extra minutes under the covers? Hopefully we can all manage to lose an hour of snoring because BHS is just going to have to yawn and bear it. 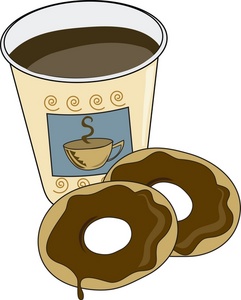 COVID vs. the Flu