Many Bethel residents woke up Thursday, March 16 to a surprise: their cars were left in disarray from a late night theft spree. A series of car break-ins occurred Wednesday night into Thursday just outside of downtown Bethel. Those responsible took several GPS units, large amounts of cash, and other personal items of residents on Saxon Road, Bethpage Drive, South Street and Reservoir Street.

Cars that were left unlocked in the driveways of these neighborhoods were cleared out of any valuables. In the aftermath of the crime, residents are breaking their silence over what might have happened. Saxon Road resident for sixteen years, Vicky Costanzo, says that who ever is responsible “must have come in the late hours because I walked the dog just before midnight and I didn’t see anyone around.”

Shannon Hitchcock, a BHS senior and resident of Saxon Road, says “I am surprised that anyone got away with it because everyone knows everyone on this street and there are always people around.” However, the neighborhoods involved are populated with families and it may have been simple for a culprit to slip in and out in the dead of the night.

Bethpage Drive and Saxon Road are just minutes from downtown Danbury and some residents cannot help but assume that merchandise piracy is involved. Ann Walsh, of Saxon Road, said “I don’t think it was anyone on the street, but I believe whoever they were, was after anything that they could sell.”

And new incidents are continuing to leak into the Bethel Police Department. As originally published by Bethel Patch, Capt. Robert Cedergren says the reports of more break-ins have been “steadily trickling in,” since March 16.

The petty thefts lead some homeowners to believe that a suspect must be a person who knows the area but was only looking to collect easily pirated items. But will these thefts escalate? “If they were able to break into cars without being heard, they may be able to break into houses!” says Ms. Walsh. The thefts send shock waves through the neighborhoods because break-ins of this scale have never happened.

As residents take care to press the lock button on all their vehicles, faith in the Bethel Police Department to catch the criminals is strong. Ms. Walsh adds, “At least I know the police are looking for them, and I hope they find them soon.” The question is: will the car thieves strike again? 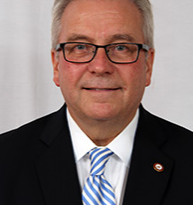 One thought on “Local Cars Ransacked”