Two of Bethel High’s own students, seniors Zack Prout and Miguel Pereira, recently competed in the 2011 DECA International Career Development Conference (ICDC) held in Orlando, Florida. The ICDC is an international conference, in which students from across the globe compete in 40 different competitive events. This year’s event hosted over 16,000 attendees.

Mrs. Fildes, faculty advisor of DECA explains, “DECA itself is an international student organization for kids interested in business allowing them to learn through real-world application.” Here in Bethel High School, DECA hosts a vast amount of activities, such as the school store, Wildcat Banners (which manage the banners advertised on athletic fields), and community service events like the annual Red Cross blood drive. “As a group consensus, DECA really opens you to the business world. It gives you visual, hands on experience outside and inside school,” says Pereira.

This was Bethel’s second year involved with DECA competitions, and Mrs. Fildes is pleased with the progress the club has made. She hopes to recruit younger students in the future so they are able to become more involved. “One of the things that Zack and Miguel said when they came back is that they wished they had gotten involved in DECA when they were younger. Both of them were juniors when they first started, so they sort of got a taste of what it was like,” explains Mrs. Fildes. “It’s hard to get involved when you are a senior because you don’t get to learn from your past experiences.”

Before qualifying in the ICDC, Zack and Miguel, along with about eighteen other DECA members from Bethel High competed in the annual State Conference. Prout placed second in the conference, along with Periera placing third, immediately allowing them to move onto the international conference.

Once at the Orlando conference, Prout and Pereira took a timed written test composed of 100 questions in their content area. The next day, each contestant performed two “role-plays” in which they were given a scenario and ten minutes to present a creative solution to the problem in front of a panel of judges. Out of the students competing, 20 finalists were narrowed down, and given another role play scenario to determine the winner.

Competing in automotive services marketing, Prout became a finalist, but did not move on to place in the top ten. Mrs. Fildes states that, “We know that Zack placed somewhere between 11th and 20th place. Out of probably hundreds of kids in one individual category, it was really remarkable for him to place that well.”

Aside from the results, Miguel and Zack found the field trip to be extremely satisfying. “Florida was a great experience in terms of networking with people and meeting different kids from different schools,” says Pereira.

Prout adds, “It was a good experience. If someone is looking to be involved in a club I would definitely recommend DECA. It gets you really prepared for the future because you are going to have to do presentations, you’re going to have to think on your feet, which is what a lot of DECA involves.”

Zack and Miguel are both planning on pursuing business related careers in the future. Zack is majoring in economics while Miguel will study finance. 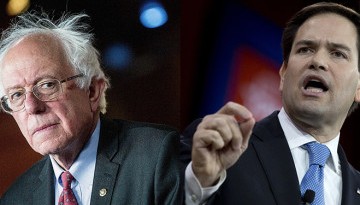 BHS Cadets Class it up at the Military Ball