The phone that changed everything, is changing again.

After a year and a half of media rumors and speculation, the iPhone 4S was finally released by Apple on Tuesday October 4th. However, unlike many new iPhone launches, this was more of an evolutionary update than a revolutionary one.

Everyone from technology review websites (i.e. CNET, Engadget), popular newspapers, and Twitter were all disappointed with the device. “The 4S isn’t meant to be an upgrade for iPhone 4 users,” says Molly Wood a CNET editor. “It’s a lure to get new iPhone users in the door, and you iPhone 4 folks will get your iPhone 5 upgrade just in time for a new contract.”

So what are the new features anyway you ask? Here’s the list.
1. The new A5 Chip. This basically means the device has two processors, letting the phone run twice as fast, and games will run seven times faster.

2. 8 megapixel camera. This is the fastest most featured camera on a phone, and now has more with 3 more megapixels than before.

3. 1080p video. For those vloggers, and videographers, this is the highest definition you can shoot on a normal camera.

4. Airplay Mirroring. Stream anything you do on the phone straight to an Apple TV (if you even have one).

6. Siri Voice Assistant. This is the best voice assistant ever on a phone. Instead of just saying “Call: number,” or “Play: song,” you can now say something like ‘Will I need an umbrella today?’ or ‘Tell Jason that I can make it to the movie on Friday night’. And within seconds you will get your answer and your task will be completed. It’s only in Beta now, and probably needs some work to be completely natural but it is cool and it does show promise.

The “real” iPhone 5 everyone wanted was rumored to have a slimmer aluminum design that would have a 4 inch screen instead of a 3.5 inch one, with all of the features mentioned above. Maybe next year?

Other products announced at the “Let’s Talk iPhone” event were a new iPod Nano, with the same small touch screen design, just with 16 new clock faces if you want to wear it as a watch, and a lower $129 price point ($20 price drop). The iPod Touch is exactly the same with now a white option, and a lower $199 price point ($29 price drop). Also included were the upcoming iOS 5 and iCloud release date of October 12th.

Overall, the show was about that iPhone and to many was a major let down. I see tons of iPhone 4’s wandering the halls at BHS and wonder, will anyone upgrade? I say, wait till the actual iPhone 5. 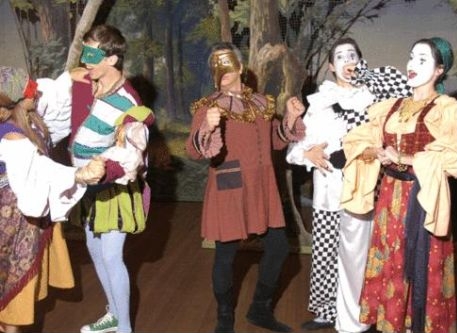 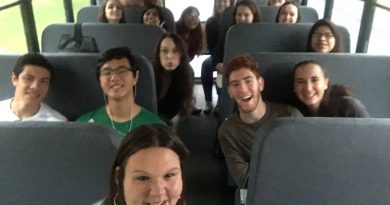