The massive, colorless room smelled faintly of wood and cologne. Dozens of heavy-duty metal tools sat patiently in large buckets, waiting to be gripped by the rough, calloused hands of a man. The overwhelming essence of testosterone dominated the room. This is, after all, a technology class.

Mr. Waring’s period seven mechanical design class consists of 14 boys, and just one female. the lack of girls in this technology class is a prime example of how society at large has difficulty accepting women performing certain tasks, particularly those that men are traditionally associated with.

Many people believe that girls just do not give the technological arts a chance. The only female in Mr. Waring’s mechanical design class, Hunter Barnack, states, “I think I’m the only girl in the class because most girls don’t think they’ll be interested in technology.”

The question is, do women choose not to involve themselves with typical male activities because they believe they are not supposed to, or because they do not have any interest in them?

Jamie Demers (’14), states that she does not involve herself with traditional “guy things” because they simply do not appeal to her. “I have no interest in technology classes. They seem boring,” says Demers.

When going about the process of selecting classes, the majority of high school girls do not even consider taking technology classes such as mechanical design, electronic technology, and architectural design. Perhaps this is because females feel like society does not accept women partaking in masculine activities.

Men and women traditionally obtain different roles in life; it is a fact that is often accepted without question. However, times are changing. “A long time ago, when I was in this class, there were very few females in it,” states Mr. Waring. These days, the amount of girls in technology classes appears to be exponentially increasing. “There seems to be more girls in the class every year,” Waring reports.

Unfortunately, the question remaining is: even if society accepts girls working in traditional male roles, will girls want to pursue those opportunities? 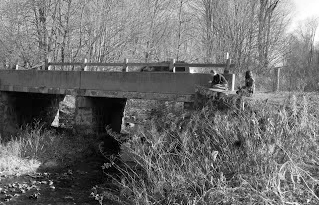