On November 17 & 18 the BHS On Stage Players will present their production of Noel Coward’s Blithe Spirit.

The play centers around Charles and Ruth Condomine. Charles has called upon a medium, Madame Arcati, to conjure up the spirit of his deceased first wife, Elvira. Elvira is not happy that Charles has remarried and plans for his demise. Through a change of events Charles becomes a widower again and now has two spirits haunting him.

Performances begin at 7:00 P.M. in the auditorium. General admission tickets for $7.00 are available from cast members and at the door. 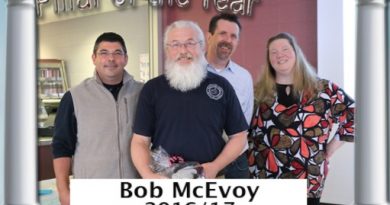