Alumni from the Class of 2010 returned to Bethel High School to talk about college life this past Wednesday, December 21. With college just around the corner for the Class of 2012, seniors are getting ready to make big, scary changes and need a little advice.

The returning college students understand how difficult it is to make a final decision. Haley Brooks, a sophomore at the University of Hartford, said, “When you really choose the right school, you’ll know because you will feel like you belong there.”

Frank Contorno, a sophomore at the University of Connecticut, said, “I went to Southern (Southern Connecticut State University) last year and it wasn’t the right fit for me so I transferred to UCONN, and it has everything that I want. I chose UCONN because it has an amazing sports atmosphere and everyone wants to be there.”

All of the college students enjoy college life and feel that they are happy with their choice. They are all sophomores and getting ready to take classes that are more suited for their major. However, going into college undecided isn’t a bad idea too. Paige Newman, a sophomore at Emerson College, said, “You don’t have to go in with your major decided.”

Many of the returnee’s said that in college, there is a significantly heavier workload but there is more time to go to the library or study. “In college, it is easier because there is a lot of extra help, all the time,” said Morgan Osiecki a sophomore at Eastern Connecticut State University.

“It’s important to recognize that in college, you aren’t graded on everything. You have to read, study, and do extra work on your own,” said Maggie Bozzuti, a Saint Michael’s College student.

However, even though the education aspect of college is very important, it is also helpful for the seniors to know about student life and adjusting to getting a roommate. Newman insisted, “You don’t have to be best friends with your roommate.”

Contorno suggested leaving “your door open. Everyone is in the same boat as you and if you don’t leave your door open, then you probably won’t meet people.”

Marking friends and meeting people is a concern for many seniors. “Everyone thinks that if you go to a big school you’ll make friends all the time, and you do, but you don’t really see them that often. It’s really important to get involved because then you can make a bunch of close friends,” Sara Parkhurst said, a student at UCONN.

Many of the returnees said that in college, it’s easy to make a lot of new friends and meet people everyday, especially when joining a club or a fraternity or sorority “Some of the girls I met through pledging are some of my best friends,” said Brooks.

Overall, when the seniors from the Class of 2012 go off to college, there will be many changes. However, in a couple of years, they will come back to give us their perspective of college life. 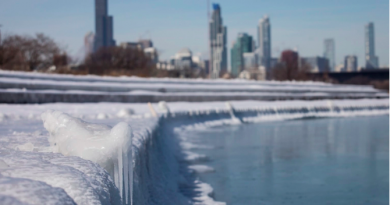