Bethel High School was aburst with energy Wednesday, March 14. No, it wasn’t “Pi Day” that students and faculty were celebrating. Rather, they were making preparations for the pending visit of Governor Dannel Malloy.

It was controversy over SB24 that welcomed Malloy to Bethel High. Concerned teachers, parents, students and members of the community, from Bethel and neighboring towns, lined up outside the doors starting at 5:15 p.m. As they entered the school an hour later, those who wished to ask Governor Malloy a question entered their name into a raffle, from which 10 names were selected.

Before the question and answer period began, Malloy took the time to praise the Bethel School system, and its administrators, teachers and students. Malloy said that Bethel has been successful in “narrowing the achievement gap.”

Other Connecticut districts are not so fortunate as to see the success we see in Bethel. This is what Malloy’s legislation plans on addressing. Bogart explains Malloy’s focus during his presentation was on, “Reorganizing the amount of money school systems are getting, to give more money to failing systems.”

According to the State of Connecticut’s website, SB24 aims to:
• Enhance families’ access to high-quality early childhood education opportunities.
• Authorize the intensive interventions and enable the supports necessary to turn around Connecticut’s lowest-performing schools and districts.
• Expand the availability of high-quality school models, including traditional schools, magnets, charters, and others.
• Unleash innovation by removing red tape and other barriers to success, especially in high-performing schools and districts.
• Ensure that our schools are home to the very best teachers and principals — working within a fair system that values their skill and effectiveness over seniority and tenure.
• Deliver more resources, targeted to districts with the greatest need — provided that they embrace key reforms that position our students for success. (sdt.ct.gov)

Audience reaction to Malloy’s plan was mixed. But, at least the governor and Ms. Bogart agree on one thing. She says, “Teachers work really hard here. They want their students to succeed.” 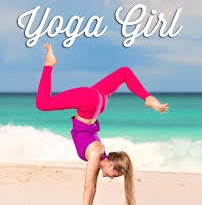 A New Way to Get Involved & Give Back