BETHEL HIGH SCHOOL – Not many sixteen-year-olds can put “author” on their high school resumes. Then again, Colton Zuvich, a junior at Bethel High School, is no ordinary sixteen-year-old. When most teens were relaxing by the pool or sweating through their summer jobs, Colton Zuvich was writing a book that will be released world-wide starting October 1.

Zuvich says that idea for his book, Apps for an A+ Student, was inspired by an article he wrote in Journalism class with Mrs. Venessa Eisenman. The original assignment catalogued education apps for the average high school student.

The article, “Apps in School,” was eventually published in Wildcat Word, Bethel High School’s student newspaper and garnered people’s attention. “I had numerous teachers and students come up to me thanking me for the suggestions,” Zuvich says.

That attention got Zuvich thinking about putting all his ideas together into book form. After all, he felt he was an authority on Apps in Education because of his two years of using his own iPad at Bethel High School. “Over the summer, I just decided to put it all into an ebook,” he says.

It took Zuvich three months to write and lay out his ideas. “I used a program called iBooks Author and that let me add animation and interactive elements,” he says. “And then I submitted it to iTunes Connect. Apple will approve it shortly and it will be released world-wide in 52 countries starting October 4.”

Zuvich’s classmates are thrilled for his effort. “So many people are going to use it because now technology is a part of school,” says Kendal Meenan ‘16.

Surprisingly, Zuvich’s book will be free to purchase. Zuvich insists that he wants all students to have access to his ideas on making education easier with Apps. “It should also be more widely read if it’s free,” he adds.

While Apps for an A+ Student is branded towards students, Zuvich hopes that other people in education will take notice. “If districts want to adapt the web 2.0 tools and teachers want to incorporate Apps in their lesson plans, then that would be great,” he says.

UPDATE (10/4/13): Colton’s book is live. You can download it for free right here. It will be available for iPad’s to start, but when the new Mac Software updates to OS X Mavericks, later this October, it will be available there as well. 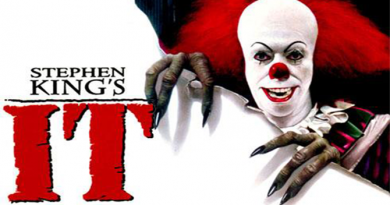