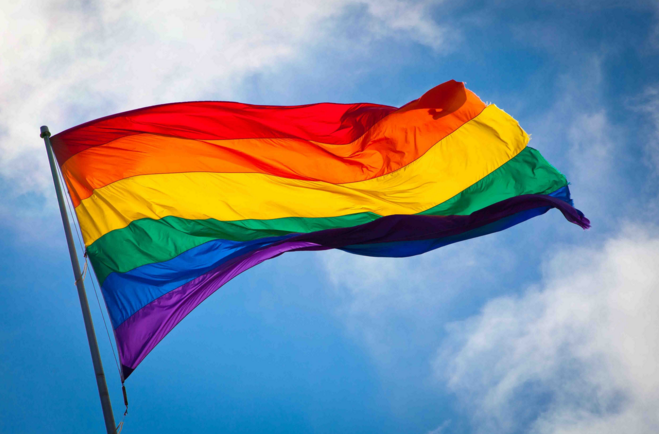 Just a few short weeks ago on Friday, October 2, the GSA hosted this year’s first Gay-Straight Alliance Meetup, affectionately dubbed the “big gay party.” The meetup was held in BHS’ own cafeteria with well over 40 students from all over the county in attendance. Students from Bethel, Brookfield, Danbury, Joel Barlow, and more came to the event to share their experiences. The night may have been rainy, but the companionship felt in the room was more than enough to allow attendees to forget the weather. GSA co-presidents Mady Dean ‘16 and Thomas Smith ‘16 hosted the event along with Mrs. Trachtenberg and several other volunteers, both teachers and parents alike.

The event, which was a potluck, began the same way all great evenings do—snacking. Each and every attendee did their part and brought in something to share, and there was no shortage of pastas or rainbow colored desserts—including a spectacular rainbow colored cake baked by Dean’s mother. One of the best parts about the meetup was the sense of comfort everyone felt around each other; there was no worrying about judgement from anyone there. It allowed everyone to open up and share their experiences in a non-self-conscious way, and there’s no doubt that it forged more than one new friendship. To keep the night moving along, the students split up into groups and began some ice-breakers which quickly devolved into an intense round of charades. The groups, each with increasingly funny team names, worked together to come out on top for the different competitions thought up by the GSA presidents and Mrs. Trachtenberg.

As the evening began to wind down some, all the students in attendance formed a huge circle in the cafeteria and engaged in a discussion led by Dean and Smith. Students spoke up about their personal experiences and how they felt about their schools’ environments, oftening coming up with ways that their schools could become a more accepting and safe place. From there, the mood lightened some as kids shared their funniest coming-out stories. The level of honesty in the room created a real sense of companionship; everyone felt like they could trust each other despite barely knowing each other.

The experience is proof that the GSA is an excellent place to begin social change—if you’re interested in attending meetings or future meetups, we meet the second Tuesday of every month. If you can’t make it, our Twitter is @BethelHighGSA or email Mrs. Trachtenburg.Whether you’re  gay, straight, bi, or any sexual or gender identity, the GSA is a safe, accepting, and fun place to turn to when you feel lost. Even if you’re just curious, stop by! We always welcome new members and besides— there’s never too many people for a social movement.

Who is that? Celebrity sighting at BHS!