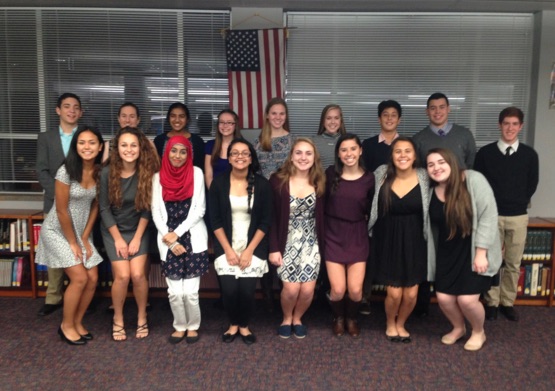 The ceremony began with some words from Mrs. Taranovich, who then passed the mic to Toland Matos and Guzzetti, who presented poems in Spanish and French, respectively.  Toland Matos then introduced Shaker to light the ceremonial candle, which signifies the members’ everburning love of language. After the lighting of the candle, a moment of silence was held for the various tragedies that occurred around the world in the days preceding the induction. This was followed by Shaker ‘16 handing out the certificates to new members. The inductees took their oath, and Das ‘16 concluded the ceremony.

A small soirée with snacks and drinks followed the ceremony. Amelia Wotton ‘17, a new inductee, was very excited to join the WLHS, because “[she] has always enjoyed French and wants to help others appreciate the language as well.”

An Inside Look at AP Testing