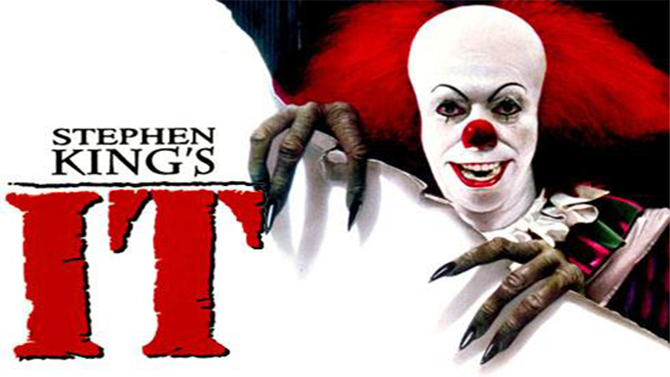 In recent months, clown sightings have been cropping up all over the United States. Some, though the majority are not, have been linked to gangs in South Carolina. The extensive media coverage on the subject not only increased sales in Halloween stores and on related products, like sales for clown costumes being up 300%, but also boosted royalty checks for Stephen King.

His famed novel, “It”, is about seven children as they are chased by a creature disguised as their worst nightmare. The book’s sales increased gradually during the time of the sightings, which most people attribute to Pennywise the clown, the first truly terrifying circus act since Bozo and main antagonist of the novel. Some believe that same fear which brought the book to fame in the first place has done it again.

King wrote to “Bangor Daily News” that Pennywise the clown was a manifestation of  the common childhood dilemma, how “kids love clowns, but they also fear them.” When it was discovered the original clowns used their disguise to try and lure children into the woods with them, it was a testament to King’s work that worked so well that some questioned whether or not it was a publicity stunt.

Though the suspected link between King and the sightings were mostly due to his novel, it was also linked to his multitude of appearances on small news outlets since the incidences. Institutions like “Bangor Daily News” and “CBS Boston” asked King to give his two cents on the affair, which ended with some version of self-promotion.

King denied any connection to the clown sightings, but further commented that he did appreciate the publicity. We can assume King was grateful for the extra cash, but it is childish to surmise that a nationwide series of violent and clown based pranks was anything other than born out of the contagious use of social media following their initial appearance in South Carolina.

Bethel in the Middle of a SB24 Battle