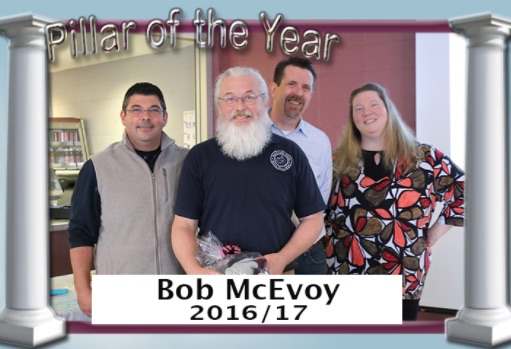 With his signature beard and kind hearted gestures to students and teachers alike, Mr. McEvoy is fondly known around the school as Santa Claus. An outstanding employee since 2014, Mr. McEvoy was recently awarded the 2016-2017 Pillar of the Year Award.

To many, Mr. McEvoy is an extraordinary human being and an irreplaceable asset to our school. He is part of Bethel High School’s custodial staff and works hard to not just keep BHS clean, but to better it.

“As I go about my responsibilities every evening my eyes are always spying something that could be tightened or repaired or replaced. There never seems to be enough time,” remarked Mr. McEvoy.

In addition to looking after various classrooms, Mr. McEvoy enjoys leaving small gifts like flowers and chocolate for teachers to discover the following morning. He encourages students to spread this  kindness in their own ways.

“It’s not hard and it can be as simple as saying hello and smiling at someone. And don’t stop doing it even when you don’t think it’s helping or working,” said Mr. McEvoy.

Mr. McEvoy’s generous tendencies are life-long. As a young man working hard to support his two siblings, he took on a second job and surprised his brother and sister with a pile of presents beneath the Christmas tree.

“The feelings of happiness and joy I had were unmeasurable. My heart was ready to explode that Christmas morning.”

Mr. McEvoy has also worked with inner-city youth participating in mock Olympic Games, volunteering as a long-jump coach. When one of his athletes made it to the Regional competition, Mr. McEvoy surprised him with a brand-new pair of sneakers to replace the worn out pair he had been wearing. Mr. McEvoy explains that he doesn’t perform these acts of kindness to receive recognition or earn praise, but simply for the joy it brings him and others. It’s a lesson he hopes he can impress on the students of BHS. Mr. McEvoy strongly encourages students to remain involved with Ben’s Bells and go out of their way to perform intentional acts of kindness and not just random ones.

The number of lives Mr. McEvoy has touched cannot be counted. His importance at Bethel High School cannot be overstated. Above all, his kindness cannot be equaled. Mr. McEvoy calls his good fortune “Irish Luck” – but it is the students, teachers and staff of the Bethel Public Schools who are the lucky ones to have had the privilege of working with such a genuine human being.

The Bethel High School community is proud to boast such a dedicated and inspirational man as one of our own and we extend our sincerest congratulations on winning the 2016-2017 Pillar of the Year Award. 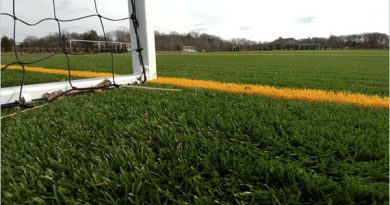