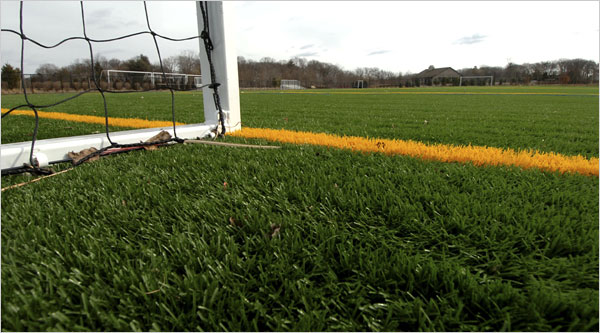 On Tuesday, April 18, the town of Bethel hit the polls to vote on the annual budget after weeks of controversy. In the municipal budget was a new turf field to be installed and paid for by taxpayers — a proposal that was met with fierce opposition. The school budget passed 1505 yes to 1351 no, the town budget failed 1370 yes to 1486 no, and the capital budget failed 1296 yes to 1560 no.

Bethel High sports teams repeatedly attended budget referendums to plead their case to the community. Turf fields, athletic director Mr. Caron explains, would help our athletes develop the different skills needed to perform on a turf field versus a regular one. It would allow for practices and games to take place even in the case of inclement weather and give more field time to work with.

“How does one become a more technical athlete?  By practicing, and a turf field would clearly provide more time for that,” said Mr. Caron

All three budgets were deemed too high. The town and capital budgets went back to a town meeting on Tuesday, April 24, where the revised budgets were voted to go to referendum in May. Before the town meeting, the Board of Finance reduced the town budget and removed the turf field from the capital budget. Other expenses such as a new fire truck for Stony Hill Fire Department and a new streetsweeper stayed in.

“I’m disappointed that it failed, because it was all reasonable and things that we need as a community,” said teacher and Bethel resident Mrs. Bradshaw. “And I was disappointed about the low turnout of voters. People showed up to the meetings to get things into the budget but don’t show up to vote. This time, it was the people against it who showed up to vote.”

The path to installing a turf field is now unclear. With other budget concerns arising like the delays and overspending on the new police station, taxpayers were unwilling to spring for a new field.

“Our athletes deserve the same opportunities as every other program in the SWC and in Fairfield County,” says Mr. Caron.