7 hours a day for 180 days, students all over the country wake up at roughly six in the morning to catch busses and carpools, all in search for the elusive A+. Students devote thousands of hours to academia in the name of knowledge.

We must remind ourselves that schools are systems. And systems are organizations put together to stress structure and status quo. The purpose of a school is bureaucratic by nature. Schools don’t want to enlighten their students; they just want to follow procedures.

The Bethel High School mission statement was created in the midst of an accreditation scare. BHS had lost its accreditation, which means that it no longer was a member of the system. Well that wouldn’t do, so in order to appease the New England Association of Schools and Colleges (NEASC) Bethel developed its mission statement. Which means that it was created not because it really was trying to make “life- long learners” and “critical thinkers”, but instead it was created because it wanted to do almost the exact opposite; its purpose instead of making its students “independent” it made them conformist. Is it just me, or does this smell like irony?

The holy grail of the student body is the A+, and who doesn’t like to see that in their report card? We devote all of our time and energy to obtain a letter followed by an addition symbol, which is decidedly not the goal of a “critical thinker”. A critical thinker is one who observes life and nature in the quest of understanding not in the quest of a high GPA. We need to remind ourselves that good grades are not the accomplishments of the intelligent rather the outcome of an efficient bureaucrat.

Students spend the majority of their time trying to enhance their class rank, but at what cost? They spend all of their time getting a letter to be placed in a file that doesn’t represent any of their knowledge. All it does is show they were able to hand in homework on time and study effectively.

The purpose of this article is not to take on schools. Of course, schools have their place and they are essential to civilized society. The purpose of this article is to show the world that we are living in ignorance. We surround ourselves with happy delusions so that we don’t wake up one morning and realize that our high SAT scores have absolutely nothing to do with how enlightened we are as a people. And just because you placed high in your class does not make you a “critical thinker.” So let us not surround ourselves with blissful ignorance, and take school for what it is: a bureaucracy, not the Wat Rong Khun and our alumni are not Siddhartha.

The opinions expressed do not necessarily reflect the views of Wildcat Word.

Why you don’t need Formspring 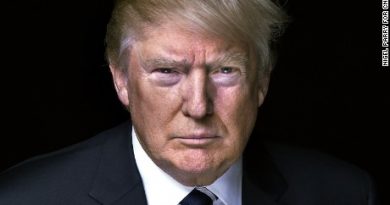 2 thoughts on “The Problem with the A+”