On January 17, 2011, the American adaptation of the British TV show: Skins premiered on MTV. The 3.26 million viewers demonstrate that many like the show, but popularity doesn’t come without a little controversy.

Due to the show’s explicit mix of sex, drugs and teenagers, the Parent Television Council does not believe teens should be watching this TV show. The show has also stirred up child pornography questions due to the real teenage cast of the TV show; the cast’s age ranges from 15 – 18 and they are shown doing illegal drugs, drinking and engaging in sexual relations, which may be against the law to stream to the country teenagers engaging in such situations. All this trouble has caused sponsors such as Taco Bell, Subway, and L’Oreal to pull their ads from the show.

On Fox News, PTC President, Tim Winter, sent a letter to the chairman of the U.S. senate and House Judiciary Committees and the Department of Justice, saying; “The show features several teenage actors engaging in foul language, illegal drug use, illegal activity as well as thoroughly pervasive sexual content.”

MTV defended the show saying; “We are confident that the episodes of ‘Skins’ will not only comply with all applicable legal requirements, but also with our responsibilities to our viewers.”

Although, this trouble is going on, they never asked teens opinions on the topic; sophomore Diva Harris says, “The show is not explicit at all, it shows the real life of teenagers and it definitely shouldn’t be cancelled.”

Sophomore Chris Phelps agrees. “I don’t think it should be cancelled; some teenagers do act that way, even though it is not an accurate portrayal of teenage life,” says Phelps.

There have been many TV shows, such as Gossip Girl, 90210, Degrassi, which show the same content and are still on air; people are so focused on Skins, due to its audacity. Ms. Burke thinks those shows and “Jersey Shore is just as inappropriate, however they are adults acting irresponsibly; kids won’t look at the Jersey Shore and think they can rent a shore house for the summer, but they can look at Skins and be influenced to steal their parents’ pills and alcohol.”

Personally, I do not like the show and I do not like the way they portray teenagers to be, but I don’t believe in censorship, and I don’t think people should cancel the show, because, as the cast of Skins said in an interview on E! News, “Just turn off the channel [if you don’t want to watch it].” 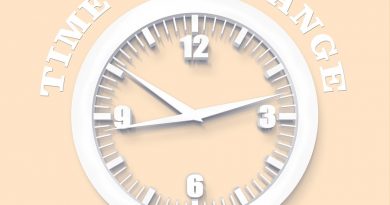 Should the School Time Change?

One thought on “Skins: Real Life or Fiction?”