Due to “Hurricane Sandy,” Bethel Schools were closed from Monday, October 29 to Thursday, November 1. All the parents told their cheering children that they shouldn’t be too happy as those four days would just be added on to the end of the year. But hey, we didn’t care. We were just happy for a little break!

Classes were half full Friday November 2 as many kids took the day off/skipped. Alex McLevy ’14 said, “I didn’t come to school. I didn’t even know there was school. I was still without power.” During Block 1 (Period 2) students were “treated” to an announcement over the loudspeaker that stated instead of adding days onto the year, many of the long weekends (including our President’s Day vacation) were cancelled. It didn’t take long for the once cheerful children to become grumpy.

A similar ordeal happened last year when a snowstorm knocked out over 90% of Bethel, CT. We missed three days of school (Monday October 31 – Wednesday November 2) and had two “optional” days that Thursday and Friday (meaning it wasn’t mandatory for students to attend). Coming back to school that Monday, students found out President’s Day vacation was no more. It’s worth noting that the first two days of school were also cancelled due to a rainstorm that knocked out many Bethel citizen’s electricity.

It makes sense that the Bethel Board of Education just wants to prepare for more storms that could eventually happen in the Winter. After all, do you want to be going to school until June 30? But the funny thing is, last year their plan backfired and no more snow days occurred for the rest of the year.

While it’s obvious that nobody can predict the weather for the entire season (and you can make the argument that nobody can really tell the weather, but that’s another opinion piece) it’s definitely worth thinking about. Was taking away all those breaks necessary? The answer is no. Bethel went a little overboard by taking away four days. Currently school is set to end June 14 which isn’t even halfway through June. Is going to school June 20 really that bad? “No it’s not. June 20 is fine with me” said McLevy ’14.

There’s nothing better than knowing that you have a day or two to relax and there is nothing worse than coming to school knowing that other kids are at home sleeping. 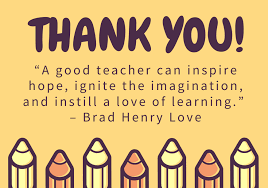