The Bethel vs. Immaculate rivalry has been one of the best in the Southwest Conference for decades. How fortunate that these two schools played this weekend. Each schools imagined headlines like, “Immaculate scores last second touchdown to beat Bethel” or “Bethel edges past Immaculate”. However, these two potential headliners were not accurate at all. Bethel did not edge past Immaculate, they dominated them.

The Final score of the game was 40 – 6. Bethel led with quarterback Brandon Schmidt and his four touchdowns. The first touchdown of the game was a 43-yard pass from Schmidt to a wide open Ryan Conroy with 5:01 left to play in the 1st quarter. The touchdowns for Bethel did not stop there as Schmidt scored on two running plays in the second quarter. One rush was from 5 yards out and the other from 1.

In the second half, Bethel enforced their “ground and pound” style of football by scoring three rushing touchdowns. Following a 16 yard run by Randy Lowenadler, fullback Brian Birdsell scored from one yard out which was then followed by a 2-point conversion run by Jake Kawulicz. The next touchdown was a 14 yard run with 3:12 left to go in the third by Brandon Schmidt. Schmidt also had a 4 yard run in the 4th quarter. All touchdowns were able to happen as a result of Bethel’s stellar offensive line play which is lead by captains Alec Belardinelli and Chris Valenti.

With so much offense displayed, one can easily overlook Bethel’s defensive statistics. They had 5 turnovers and two sacks. One turnover was an interception by safety Sean Roberts and the other 4 were all forced fumbles. The players who forced the fumbles were Matt Tamburino, Billy Quinn, Brian Birdsell, and Randy Lowenadler. The fumbles were recovered by Sean Roberts, Matt Tamburino, Alec Belardinelli and Thiago Lanes.

After taking the Wildcats to the state championship game last year, Coach Jason Gill has kept the success going with a 4-2 record. After the Immaculate game when Coach Gill was asked if he was more proud of his offense or his defense he said “The offense. We made mistakes on defense in the 1st half and our offense kept us in the game.”

About Coach Gill’s approach to next weeks game against Masuk, he said “We have to play our style of football. They are one of the best football teams I have ever seen. We need to win the battle at the line of scrimmage.”

So far Bethel has lost to Bunnell and Pomperaug, but has beaten Newton, Immaculate, Stratford, and Notre Dame. After playing against all 6 teams, Bethel has 30 more first downs, more yards per pass play, more total net yards, over three times as many rushing yards, twice as less yards lost on sacks, over 10% better 3rd down efficiency, better 4th down efficiency and has recovered all 13 of their forced fumbles. 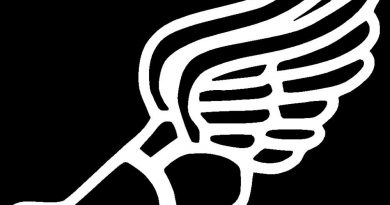