It was the first real home game: Bethel vs. New Milford. Not only was it Bethel’s home opener, but it was also Homecoming. Too bad for New Milford.

Bethel has been consistent with the run game all year and it only continued against the Green Wave. Forty-five seconds into the game, Bethel set the tone for the rest of the game with Quarterback Brandon Schmidt 67-yard touchdown.

It did not take long for Bethel to score again. After forcing a fumble and marching down the field, Brian Birdsell scored on a 1-yard touchdown run with 8:49 left to play in the first quarter. After having a nice defensive stand, Bethel forced New Milford to punt and scored AGAIN in the first quarter.

Sounds kind of like a recent Monday Night Football game, doesn’t it? The Wildcats scored with 5:47 left to go in the first after yet another long with Brandon Schimdt: 41-yards to be exact. The crowd remained electric just as the Wildcats did.

Kevin Galvin scored on a 18-yard TD pass from Schmidt in which he broke multiple tackles in order to get in the end-zone and Matt Tamburino had an awesome 81-yard fumble return for a touchdown. Tamburino admits, “I did not want to let this opportunity pass me by. I never returned a fumble for a touchdown before and our homecoming was a perfect time to do it.”

Bethel remained true to their style of football by running for 245 yards on 35 attempts. The defense was also very strong by forcing 4 turnovers, having 4 sacks, and held New Milford to only .89 yards per rushing attempt.

Spring is for Golf Team 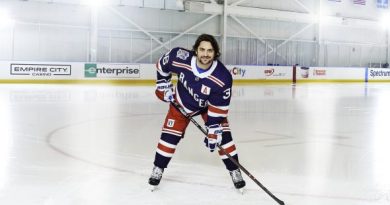