Bracketology can be defined as: men filling out brackets whilst sitting on the couch and watching college basketball games for the entire month of March. Selection Sunday passed a few days ago, and games started this Thursday. While many people can’t wait for all this Madness to be over, most basketball fans can’t wait to watch thrilling games with possible upsets.

Most fans of the tournament have a favorite college team. Mr. Krupnikoff, a math teacher at Bethel High School, when asked if he was excited for the tournament enthusiastically states, “Hell yeah!” Krupnikoff is a graduate of Bucknell University who qualified for the tournament as a 13 seed. Unfortunately, Bucknell suffered a 81-52 loss when playing the hot number 3 seeded UCONN in the first round. Now Krupnikoff believes “Ohio State will win it all. There is no other team as stacked as them.”

Aside from exhilarating basketball games, the spectator part of the game is very interactive. It is estimated that 15 million people created brackets projecting who they think will win all of the games in the tournament. Mike Kaluta, a Junior at Bethel High School, states, “I can’t wait for the tournament. I think Ohio State is going to win it all because they are the number one overall seed.” Mike represents the typical sports fans nationwide monitoring his bracket game to game.

Thrilling moments abound in each NCAA tournament. Take for example Butler and Pittsburgh’s game when last second heroics prevailed and Butler took the win, upsetting the number one seed.

A lot of selected favorite teams win most games; however, it seems every year there is always some Cinderella story. Who knows if Ohio State will win after being highly favored throughout the tournament? It is almost impossible to make all of the correct picks in one’s bracket, and Mr. Krupnikoff strongly believes, “there will be many upsets.” 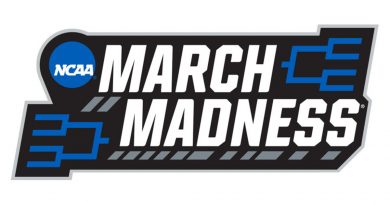 Spring Sports Up and Running