Stephen Hallock (’12) is no stranger to the emotional rollercoaster that accompanies athleticism.  From a pre-season surgery, to a mid-season comeback, the 18-year-old forward has had quite a year already.

A four-year veteran and captain of the joint Bethel-Brookfield-Danbury Icecat hockey team, Hallock reminisces about the first time he stepped on the ice.  “I first started playing hockey when I was around six-years-old,” he says.  “After that it kinda took off from there.”

After playing for a number of years in youth leagues and organizations, Hallock joined the BBD Icecats during 2008-2009 season and has not turned back since.  “I’ve definitely become a better player over the past four years,” states Hallock.  “But there’s always room for improvement and ways to become a better player.”

Since earning the captainship, Hallock has taken on the task of being a player who is both a leader on and off the ice.  Hallock cites his training and experience in Bethel High School’s R.O.T.C. in his preparation to becoming a leader.  “By graduation, it was a goal of mine to reach the rank of Chief,” says Hallock.  “By having done so, I feel that it has helped me become a better leader.”

Every player has his or her own interpretation of what it means and what it takes to be a leader.  Hallock believes that good leadership requires energy and aggression; he also puts emphasis on the importance of composure and being a role model.  “As a team captain,” Hallock begins, “it’s my responsibility to set an example for my fellow teammates by playing hard and keeping them positive.”

Stephen comes from quite the hockey family.  Matt, a junior at BHS and a defenseman on the Icecats, has been playing alongside his older brother for a number of years.  When asked if there is any rivalry of sorts between the two, Stephen downplays the idea of any sibling-bad blood.  “There isn’t really a rivalry between us, but we do push each other to compete and get better,” says Hallock.

The brothers’ teamwork on the ice has resulted in repeated success, none so more evident than when Matt assisted Stephen for the game-winning goal in a 3-4-overtime victory against Newtown earlier this season.  Nonetheless, Stephen makes note that even though they may not butt heads on the ice, they still very much have their differences at home.  “We fight all the time,” jokes Stephen.  “Most of the time it’s just fooling around.  Overall, I’d say that Matt and I have a pretty good relationship.”

Hallock’s season has taken a dramatic turnaround since a pre-season knee surgery nearly ended the captain’s hopes of playing in the 2011-2012 season.  During a pre-season game, Hallock suffered a knee injury, which was feared more serious than it turned out to be.  A misdiagnosis by doctors led Hallock to believe surgery was necessary to repair a sprained MCL.  However, post-examination of his knee revealed that Hallock’s MCL sprain was not severe enough that surgery was required.  Although he tries to down play the negative aspects, Hallock describes the less-than fortunate tale of events to his hockey season.  “It’s been pretty crazy, to say the least”, says Hallock reflecting on his final season of hockey.  “Sometimes things don’t exactly go the way you want them to.”

After missing four weeks (close to half) of the Icecats’ season, Hallock rehabbed and trained with the hope that he would be able to return to the team.  “I worked hard in physical training and therapy. I just tried to stay positive throughout the whole process,” says Hallock of his ordeal.  “I worked hard to get back into the lineup with the hopes of helping the team.”  After missing considerable time, Hallock has since returned to the Icecats’ lineup, where he has had a significant impact on the team’s performance.

Hallock’s season has truly been one of perseverance and determination.  It serves as a reminder that in an instant, hopes and dreams of success can be lost. “It’s been something I definitely won’t forget,” says Hallock. 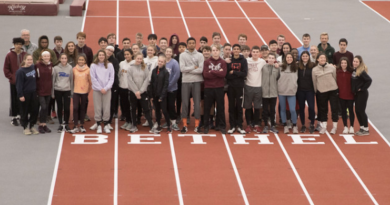 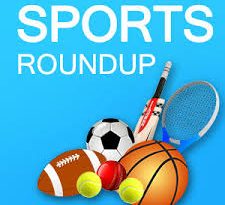