This fall was a great season to be a Wildcat! Congratulations and many thanks to all the athletes, coaches, fans, and Mr. Tatto, our new athletic director, for an amazing season! All the team’s performances this season were amazing! What a great way to start out the year at Bethel High School! 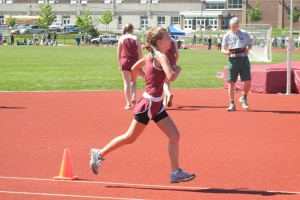 As the weather becomes harsher, most of the sports teams move indoors. Here is a look at what you can expect from the winter sports teams here at Bethel High School.

Boys’ Basketball: The boys’ basketball team is returning after an incredibly exciting season last year. The new-look team, under a new coach, will be looking for players to step up and fill the shoes left by the team’s excellent departing seniors. Players Matt Liquori ‘14 and Cal Daniels ‘14, two important players in last year’s season, will need to use their experience to lead the team that may not have as much experience as others. The team again will have the support of Bethel’s well known “SuperFans” throughout the season.

Girls’ Basketball: Unlike the boys’ team, the girls’ team will be pretty similar to the team last year. With only one senior last year, this team will look to use their experience to help them win. The girls’ team looks to combine the veteran upperclassmen with the younger underclassmen, which will hopefully lead to a season full of wins for the lady Wildcats.

Wrestling: The wrestling team will hopefully have a standout wrestler or two after two of the team’s strongest performers graduated last year. Hopefully, the hard work the team puts into their tough practices will yield some highly skilled wrestlers to lead the team.

Swimming and Diving: The swimming and diving team will once again battle cold pool water, the long traveling, and crazy hours this year. As a team with multiple strong performers in each grade, the Wildcats are hoping for another great season.

Winter Track & Field: As the only sports team to practice outside during the winter, the winter track & field team will undoubtedly have another exciting season due to the unpredictability of the weather. With many of the athletes returning from great spring seasons, the team looks to represent Bethel High at its meets. The team is hoping to have a large body of student to work hard in the crazy weather and have a great season.