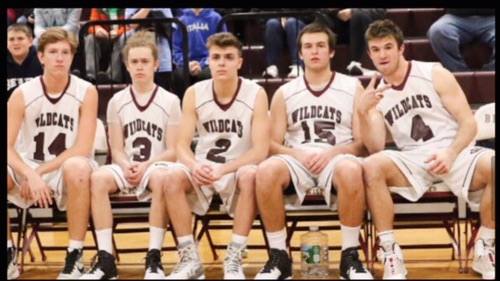 The girls basketball team is preparing for another outstanding season under head coach Andy Rawlins. Although the team faces a few challenges to overcome this year, together they can do big things. Amanda Towey ‘17 admits that they are a little “short on numbers this year,” however they are “going to make the best of what [they] have and win some games!” With this positive outlook on the season and commitment to practicing hard, the girls can and will be competitive within their conference. Come out and support the Lady Wildcats in their first home game on January 2 against Bunnell!

“The work that our guys have put in through the Spring, Summer, and Fall is all going to impact the success we have this year” says Captain Marx ‘17, remarking on the hard work the players have put in during the offseason. The first home game this season is December 28 versus the Abbot Tech Wolverines. Be sure to come out and support the team in what is shaping up to be another intense season of Wildcat basketball!

There are rumors that this year’s swim team could be the best Bethel High School has ever seen. Under Coach Katie Ciskowski’s leadership, many swimmers have developed through their first few years in the program and are primed to break out this year. Peter Gallagher ‘16 is excited to compete and convinced that this year’s “large group of seniors have worked hard these past three years” and that this season, “it’s all going to pay off”. With a few freshmen swimmers possibly contributing this year as well, this team seems to be built for a special season and may be able to upset a few teams in the tough SWC conference. Their first home meet is on January 19 versus Newtown at the WCSU.

With the guidance of Head Coach Yvonne Grimes, the indoor track team is always highly competitive and it will be no different this year. The dedication and toughness of the team is evident as it is common to see groups of runners completing workouts around town in frigid temperatures. Eloquently said by Brian Carraturo ‘17, “With the motivation from our coaches and the leadership of our seniors, a season of hard work, enjoyment, growth, and success awaits.”

Although there are no home meets, Bethel High School has many talented athletes who compete in indoor track, so be sure to support and congratulate the team on its accomplishments throughout the season!

Players to Watch: everyone on this large and talented team has a chance to make personal records and achieve competitive goals

Led by coaches Mike Kaptin and Keith Lynch, the wrestling team has the potential to make some noise in their conference. According to Robert Ruiz ‘17, they “should have a good tournament team this year” and have a lot of athletes that could break out this year. Max Lynch ‘19 joins his brother Jack Lynch ‘16 on the team and both great wrestlers. The wrestling team is consistently a strong team that represents the Wildcats and this year should be no different. Their first home match was on December 16 against New Fairfield.

Although the Icecats are not exclusively a Bethel team, Bethel High School has three athletes on the Brookfield-Bethel-Danbury Icecats. Bethel is represented by Luke Newman ‘17 and Tanner Trew ‘18. They are coached by Bethel High School alumnus Rusty Granacker and Jeff Winter. Luke Newman ‘17 is enthusiastic about the season stating that the team “has a solid set of individuals with unique skill sets” and that if they can “bring it all together, they could be a team that makes a mark in their division.

Their first home game is on December 23 against Brewster at the Danbury Ice Arena, so make sure to go out and support your fellow wildcats!