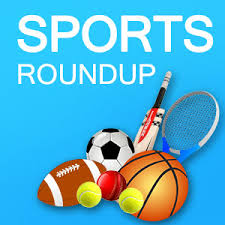 It is the second half of October BHS, and the fall sports season is in full swing. With most sports into a deep playoff push, here is this season’s sports roundup.

Boys cross country currently sits at five wins and eight losses. This year’s captains are Ryan Polistena ’17, Brian Carraturo ’17, and Chris Joyce ’17. Runners to watch are as follows: Aforementioned captains, Dillon Bell ’17, Alex Staib ’17 and Robbie Doyle ’19. Captain Ryan Polistena ’17 comments that, “We are a bunch of guys who like running. We know how  to prepare to compete but we make it fun along the way.”

Girls cross country currently are at a record of four wins and nine losses. Their captains are Sarah Mello ’17, Danielle Langdon ’17 and Sarah Viebrock ’18. Runners to watch are as follows: Savannah Giordano ’19, Anna Hebert ’18 and the aforementioned captains. Captain Sarah Mello ’17 says “We overall improved very well throughout the season. Our times were faster every race. There is never a dull moment with this group of girls.”

The Boys soccer record is five wins, three losses, and four ties. The captains are Anthony Falstoe ’18 and Gabe Carrijo ’18. Players to watch are as follows: Aforementioned captains and Jake Bohrman. Senior Daniel Islam ’17 mentions that, “It’s always fun to play with a team that works so hard and shares the ball well.”

Girls Soccer currently boasts a record of five wins, five losses, and four ties. Their captains are Annie Bedore ’17, Sofia Orrico ’17 and Hannah Kelm ’17. Players to watch are as follows: Lily Daniels ’18 and Natasha Redmond ‘19. Senior Katlyn Molony ’17 had this to say about the team, “Gsoc is fun because we are like a family on and off the field, we do everything together and always have each other’s back.”

Field Hockey sits at seven wins and five losses. Their captains are Natalie Melvin ’17, Manny Rios ’17, Danielle Canfield ’17, and Kallan Hook ’17. Players to watch are as follows: Natalie Melvin ’17, Annika Haskett ’18 and Amanda Weiner ’18. Senior Kaylen Luu ’17 comments, “We all work so well as a team on and off the field. Everyone is very supportive and genuinely care about each other which makes field hockey more fun.”

The Cheerleading team’s captains are Olivia Mossop ’18 and Milandra Nelson ’17. Cheerleaders to watch are Hayley Andros ’17 and Sam Barnum ’19. Emily Quader ’17 adds that “Cheerleading has created a bond stronger than a team, we are a family.”

Volleyball sits at one win and fourteen losses. Captains are Jillian Conlin ’17, Megan Savitsky ’17, and Cassidy Touhy ’17. Players to watch are as follows: Gabi Mendonca ’19, Jamie Breeland ’19, and Ashley Connors ’18. Captain Jillian Conlin comments that, “While our record doesn’t accurately portray the progress we have made this season, we have learned a lot. It is really nice to have a group of girls who all share the same passion and enthusiasm for such a great sport.”

Girls swimming is currently at four wins and two losses. Since the team is co-op with Immaculate, Kelly Palacios ’17 is the only captain from Bethel. Swimmer to watch: Moira Lee ’19, who has broken many individual school records in the past year and has broken her own record this year in the one hundred meter breaststroke. Captain Kelly Palacios notes that, “It is really fun to get to know the girls from Immaculate through these practices and meets. We have done really great so far this year!”

The Football team is currently 0 and 5. This year’s captains are Jared Zieman ’17 and Chris Rice ’17. Players to watch are as follows: Josh Clark ’17, Kyle Brelling ’17 and Tyler Davis ’18. Captain Jared Zieman states that the team is hardworking and “enjoys playing for each other. We have formed a great relationship this season and are looking to improve every day.”