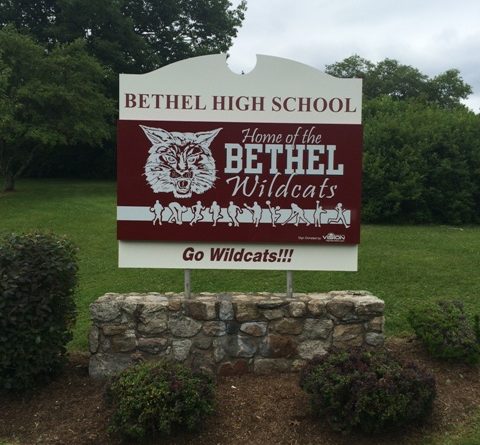 Installment of a turf field on Bethel Schools campus has been a point of controversy for many years. Parents and student alike want an improvement in the state of the current Bethel fields. Patches of grass missing, uneven levels of field, and overused areas are just some of the problems with the  current practice fields. Bethel High School is the one school out of 13 in the SWC that doesn’t have access to a turf field. And now, the athletic department is making strides towards installing a new turf field at the current DeSantis field.

This has been an issue for competitive sports for years because the installment of a new turf field is a major financial burden. However, a turf field could have saved about $3,800 in the 2015-16 school year alone. Even more is spent on just the maintenance of having a grass field for competition and constantly needing to preserve it.

Currently,  Athletic Director, Mark Caron, along with many Bethel student athletes and with the support of the community, are looking to install a new turf field by the summer  2017 in order to improve student safety.

With a new turf, Caron says that other fields, like the Berry school field, can be improved as well because of decreased usage. He also believes that a turf field could open more opportunities for youth programs, inevitably leading to an increase in student participation.

If the plan is approved by the board of education and the state, they will most likely use multi-purpose turf and geo-fill, which is composed of 90% coconut and 10% cork.

“A flatter, less used surface means less twisted ankles and even less concussions as studies have shown,” Caron says. “We’re really looking out for the safety of our student athletes.”

And because they make safety a priority, the school has sworn off one type of turf: crumb rubber. This type of turf has recently been linked to serious diseases like lymphoma and cancer in students. Hopefully, the installment of turf avoids any serious repercussions like this and ensures student safety.

However, with all of these preparations and plans, AD Caron acknowledges that Bethel is still working hard towards their goal.

“There are some hurdles along the way that we certainly need to get through” he says.

These hurdles include passing the installment of this DeSantis turf within the town, which may be harder than it looks because the estimated cost of the turf field is $1,135,000.

Some students, like Gina Greco ‘17, believe putting in a new turf field would be a waste of time and money.

“This project is using up school resources for something that students who aren’t athletes won’t even use” Greco stated. “It would be more environmentally friendly to just maintain the grass rather than put in new turf.”

There are still many other students who passionately feel that a turf field should already be installed at DeSantis. Bethel Field Hockey was recently unable to play an SWC game on the home field because it is grass, even though they are seated number two in the conference. This prevention of having a turf field has stopped all team sports from hosting SWCs at Bethel, an event which could bring a lot of fans.

“The turf would really help to improve our stick skills and speed on the field. In the SWC conference, we are the only team without turf and while we do have a strong home field advantage when we have  away games, there is definitely a difference in the speed and outcome of the game,” Captain Kallan Hook ‘17 says, “I think that installing turf would definitely allow the team’s speed and stickhandling to improve and allow for greater post-season outcomes.”