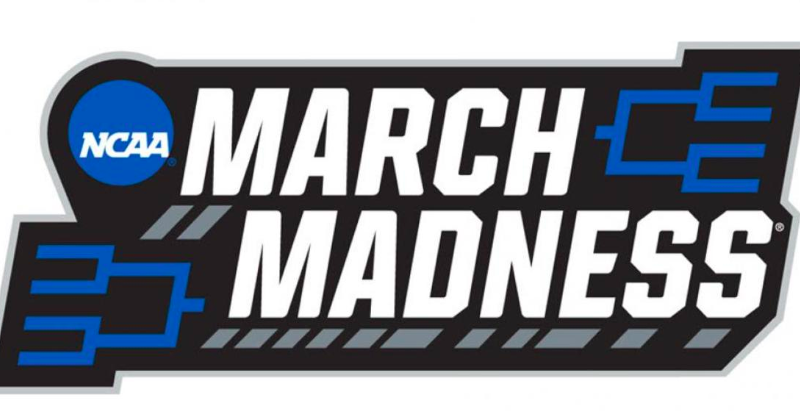 Once again it’s time for the most important event in college basketball: March Madness. For the next two weeks, productivity at work places and schools across the country will drop dramatically as basketball fans will be busy watching all the games they can.

Let’s start with round 64. In the East Region, the most popular pick to win it all, Duke, beat #16 (North Dakota State) easily, with a score of 85-62. Next, #9 seeded (University of Central Florida) lead by 7’ 6’’ center Tacko Falls,  defeated #8 seeded (Virginia Commonwealth University) with a score of 73-58. The main problem for VCU was getting the rebounds; UCF collected 31 defensive rebounds compared to VCU’s 11 offensive rebounds.

However, Liberty rallied back, taking the lead with 2:36 left. Mississippi State would answer to go back up by one. Thanks to a three-point shot by Lovell Cabbil Jr., Liberty was able to go ahead and stay ahead, upsetting Mississippi State 80-76. Unlike Mississippi State, 4 seed (Virginia Tech) beat seed 13 without a problem, winning 66-52.

For the first half it looked like it would be another upset as #11 (Belmont) was beating #6 (Maryland) 40-34. However, in the second half, Maryland scored 45 unanswered points and squeaked out a victory, winning 79-77.

Next, another upset in this part of the bracket was #10 (Minnesota)over #7 (Louisville) 86-76. Louisville had trouble, getting a total of 22 fouls, which gave Minnesota 17 points off free throws alone. In the final game of the Eastern Region, #2 (Michigan State) made everyone sweat as they went into the half down by one to #15 (Bradley). People began to think back to the 2016 tournament when Michigan State, again seed 2, lost to number #15 (Middle Tennessee) 90-81. Michigan State was able to put everyone’s doubt to rest as they came out scoring in the second half, beating Bradley 76-75.

In the South Region #1 (Virgina) was similar to Michigan State and made everyone think back to last year when they were upset by #16 (UMBC).  After being down 30-16, #16 (Gardner-Webb) had 6:43 left to play in the first half. Virginia rallied back to defeat Gardner-Webb 71-56. #9 seed (Oklahoma) beat up on #8 (Ole Miss) 95-72. The first half of #5, Wisconsin vs #12 (Oregon) looked liked it was going to be a close game to the very end. The winner would be whoever had the ball last when the game went into the half tied at 25. However, in the second half, Oregon pulled ahead as they scored 47 points in the second half, giving them the win and the upset with a score of 72-54.

Up next in the biggest upset of round 64 and of the entire weekend was #13 (UC Irvine) crushing #4 (Kansa State) 70-64. Of the 17.2 million brackets submitted to ESPN.com, less than 25% of the brackets had UC Irvine moving on to the second round. The defending national champions, #6 (Villanova) started their title defense against number 11 (Saint Mary’s) and after facing some adversity in the first half, Villanova was able to pull ahead early in the second half and would go on to win the game 61-57.