With the collapse of sports this year, Bethel High School Science Teacher, Mrs. Kenny, has created a program to keep young athletes in shape. Inspired by the Newtown Youth Wrestling Association (NYWA), the Southbury resident saw an opportunity to train her son, as well as his friends.

“They (NYWA) had been doing their fitness and conditioning via Zoom so I had the idea to invite my oldest son and his friends to join a Zoom meeting to do a short conditioning and mobility workout,” said Kenny.

The program itself began as a trial on Dec. 2. The students, ranging from kindergarteners to eighth-graders, quickly enjoyed being able to participate in this virtual exercise. This prompted the program to take place on Mondays and Wednesdays along with an offered stretching session.

Each planned workout is unique, as a way to create interest and to prevent working the same body parts. Kenny, an eight-year Crossfit Hook’d member, is tying in her experience to the virtual classes.

“There is always a dynamic warm-up and a cool-down stretch and the middle usually consists of an AMRAP, EMOM, or Tabata style metabolic conditioning workout,” Kenny explained. “I try to hit the upper and lower body and core in every workout.”

Kenny’s 11-year-old son, Jordan Kenny, is a Southbury baseball player and an active member of the classes. The young Kenny plans to participate until sports resume, seeing the workouts as very beneficial to his athletic performance.

“I feel stronger. I also mentally want to work out more now that I’ve seen that it can help and that it’s easy to do in your house,” said the young Kenny.

Cronin thoroughly enjoys the workouts, intending to participate for as long as the classes ride out.

“My favorite part is maybe the challenges. We do challenges like push-up challenges. You have to do as many as you can and then try to beat your score from classes before,” said Cronin.

The workouts the program has provided have had a booming result on the attendees. Kenny has taken notice of the improvements of her participants.

“They didn’t know what pushing themselves meant,” Kenny explained. “As soon as it felt challenging some of them would let up. Over the past month, I’ve seen them becoming more confident in their abilities and they are pushing themselves to go harder each time.”

With fitness taking a virtual turn, athletes all over the world have been forced to take a new approach to online workouts. However, Kenny’s students have been able to make light of the social benefits of virtual exercise.

“I think that it’s actually better in some ways,” said Kenny’s son. “Other people can’t actually see what you’re doing so you don’t have to feel uncomfortable if you can’t do something or if something is hard.”

There is no doubt Kenny’s program is benefiting her students.  Many gyms, sports teams, and private programs across America have all made the transition to Zoom classes. With national closings, many gym owners were forced to convert to online to maintain profits. For Kenny, it is much more personal.

“I hope that this gives them an opportunity to get fit and build some strength and stamina before their upcoming spring sports seasons as well as show them that they can workout anywhere, anytime and they don’t need equipment to challenge themselves,” Kenny said. 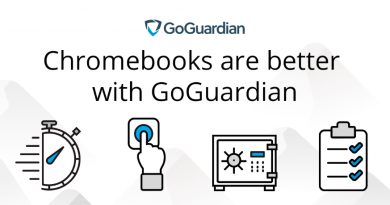 Teacher’s Now can Control Your Chromebooks! | 2019 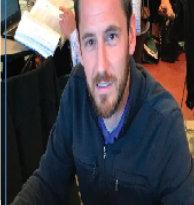