Spring is approaching fast and that means big choices for Bethel High School seniors. The next step in a student’s future starts with the selection of a college. As final acceptance letters find their way to mailboxes, some students at BHS are sending out housing deposits and planning for the big move.

Senior Ben Ryan has decided to attend University of Bridgeport this fall semester because “they gave me a $20,000 scholarship and that brings tuition down significantly from $28,000.” Scholarships and financial assistance from the government has helped students to attend college without breaking the bank. “I’m going to live at home because Bridgeport is close and it cuts out room and board fees and eventually I’ll move out on my own,” says Ryan.

Other students are also staying local and making sure they get a quality education that does not leave them with hefty loans. Western Connecticut State University is often under valued by local students because it is located in downtown Danbury, but some students are taking advantage of its convenient location and its lower tuition. Marissa Rosado plans to attend Western because “it’s really close to home and I can afford it.” In-state tuition is beneficial to students most especially in the midst of our economic recession. Also BHS senior and cheerleading captain Brittany Shea says, “I’m going to WestConn because its super close and I can cheer there!”

However, for those students who wish to break out of Connecticut, the decisions come down to distance and expenses. “I am going to Massachusetts College of Pharmacy and Health Sciences in Boston because the city is great!” says Alex Rezvaya, a student in the AP Chemistry class. Alex also says, “Its different though because my school is a six-year program and that can be expensive.” When the costs of living in a city like Boston are added onto college tuition it can be a lot to handle.

According to an article published by Yahoo called “10 College Admissions Trends” this year was the “toughest admissions year on record.” With a surge in applications to a multitude of schools as opposed to the four of five that students used to apply to, it has become much more difficult to get into every school on a student’s list. Ivy League schools such as Harvard and Princeton have massive wait-lists because of their disposal of early admission programs for applications. Even the non Ivy League schools are becoming much more difficult to get into and making decisions very drawn out and painstaking.

This year there is a lot of strain on eager high school seniors seeking the next step to the school of their dreams. Luckily, acceptance is still a reality and wherever students decide to go it will be up to them to make the best of it. It’s a nerve-wracking time, but it sure is an exciting one too! 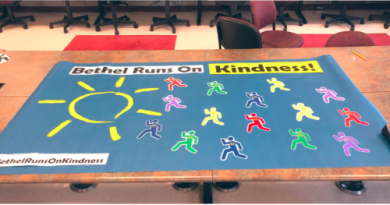