The still of the night on July 10, 2011 was interrupted by the screaming of sirens and the roar of helicopters. The scene: Surprise Lake Camp, Cold Springs, New York. Alison Beck (’12), a 16-year-old work program attendee, was walking back to her bunk after a night off with her friends and fellow coworkers. As friend, Lissy paused to tie her shoe Beck stopped with her – a decision that would change her life forever.

The summer had started off like any other, according to Beck – school ended and she left for camp just as she always had for the past six years. Of course, this year she was no longer a camper, but now a member of the staff at Surprise Lake Camp.

Being a part of the staff was “a lot of fun” but different because “I’ve never been away from home for two months before,” says Beck. However, the long stay away from home proved to fly by for the teen. When not working, she and friends would mudslide, swim, hike, and simply enjoy each other’s company. The fun times and lasting memories were making this the “best summer yet”. Soon enough, two and a half weeks had passed and the routine of camp become normal for Beck.

One night, after a regular long day of kitchen work, Beck and friends spent the evening at the canteen, a hang-out at camp that had become a meeting place for the staff. As curfew approached “my friends and I decided to go back to the bunks…we were tired,” Beck recalls.

The walk back proved to have a lot more in store for them than anyone ever expected. Halfway back to the cabins, Lissy stopped to re-tie her shoe. Beck stopped too. The rest that followed is a haze.
“I felt something sharp sting my ankle…I thought it was a bee sting.” But soon enough, Beck came to the realization that it was 10 o’clock at night and the bees were no longer out. “That’s when I saw it” she says; the copperhead snake was coiled up inches away from where she was standing.

“I started to laugh” still not being able to process what was happening to her. After showing Lissy and a few other friends the parallel lines on her ankle – the snakes “signature” as Beck calls it – they rushed her to the health center at the camp.

The night nurse on duty rushed to call 911. Beck’s friends were forced to leave and before she was taken away in the ambulance, she remembers the camp director coming up to her and saying “you’ve been bit by a poisonous snake, I don’t know what they are going to do to treat you. It might be painful, but you’re going to be okay.”

Amongst the shouts telling her to stay calm and the needles puncturing her skin and the breathing tubes being shoved into her face, the words of the camp director kept Beck sane and she knew she was going to be okay. “Those words just kept replaying in my mind…they were the only thing giving me hope.”

The ambulance took Beck to the local fire house in Cold Springs where a helicopter was waiting in an open field. In took 12 minutes to get to Jacobi Medical Center in the Bronx, which is where the anti-venom needed to treat the bite was located.

After five days in the hospital Beck was released with the okay to return home. She spent a week and a half recovering back in Bethel, before braving camp again for the remainder of the summer.
“I went back to camp knowing there were snakes …knowing I couldn’t get the anti-venom again. But I wanted to go back.”

This whole experience showed Beck that “you never know what’s going to happen to you in life, but you can’t ever let the fear of the unknown keep you from living.”

The snake bite didn’t take the life from this sixteen-year-old girl; in fact, it put more in – opening up her mind and so many opportunity doors. “Looking back I’m glad it happened. I have a new outlook on life, and the fact that I finally have a topic for my college essay doesn’t hurt either!” Beck says. 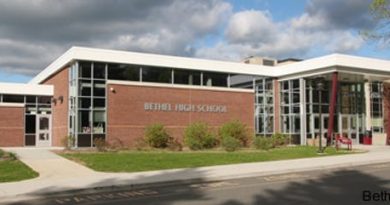