Anyone who has moved more than a few times understands that ever location has its own accent. Paige Alanna Grant (’12) knows this. Moving nearly a dozen times has taught her that dialects often reflect the values of a community. More importantly, moving has taught her to embrace her own voice.

Paige Grant spent most of her life in Louisiana. Growing up, she constantly had to deal with packing up and moving. Moving was not because her family was unhappy in a certain area, it was simply because “[her] mother never had a college education. My mom just worked her way up in her job, so she can’t say no when the company tells her she has to move with them.”

After the first few times, moving became annual and Paige expected it. “I moved so much, it wasn’t a matter of adjusting, It was a matter of coming not to care. I just want to get out, my life is basically like a coin toss. Heads, for me, would be me being able to stay because I’m very school orientated. I get my stuff done. Mostly, I just dedicate my time to education. Tails would be leaving, since tails are found in the back, behind.”

Some people may find it troublesome to move and have to start their lives over, making new friends and adjusting to the new atmosphere. Paige, on the other hand, chooses not to get close to people, let alone talk to many people. The reason for this is not because she’s antisocial. Paige is an outgoing individual; however, she has a rare quality which makes her “different” than most. Paige has a cleft pallet, which “from [her] understanding, when babies are in the womb seven to eight months, the entire pallet found on the upper mouth is completely gone. After a lot of surgery, you can get the pallet, but you have to learn how to speak with it because you don’t have the support of the back of your teeth.”

Paige’s cleft pallet makes her unique. “It’s been a struggle. It kind of makes me an outcast.”

Finding her voice
Interestingly enough, growing up, Paige did not know that her voice was different than her peers. “I couldn’t hear it. People said I sounded weird but I had no idea what they were talking about.”

In sixth grade, Paige had a group of her friends over to celebrate her birthday. Her friends hung out, and video taped their fun. When Paige watched the video for the first time, she was shocked – it was the first time she had heard her voice. “I was overwhelmed, because I never knew I sounded like that. I kept the tape and repeated it over and over trying to fix it.”

Paige knew that she had a cleft pallet due to the fact that she had been through multiple surgeries, but she had no idea what she sounded like. “I started surgery at nine months, but none of them worked. We had surgeries up until I was eight years old, I had about five.”

Though she had been so young at the time of the procedures, the memories have stayed fresh in her mind. “I would wake up every time and there’d be stitches from the top and bottom of my mouth. There’d be a needle on my tongue, and tape on the side of my face. I still remember the first time I woke up and there was blood all over my pillow.”

And yet despite the surgeries, Paige did not know what she sounded like. Paige went to her sister, her best friend, and asked if she sounded weird. “She said, ‘Actually Alanna, I don’t hear it because I’ve been with you forever.’”

The importance of a name
With moving so much and the challenge of having a cleft palette, it is understandable that Paige is quiet. “If I don’t have to speak to you, I won’t. I’m kind, but I break down if people can’t understand me,” Paige states with a serious look in her eyes. She says its annoying to keep repeating herself.

Paige doesn’t try to be antisocial, but she does have a certain way in which she understands who is actually her friend. Paige’s middle name is Alanna, but it’s not the typical pronunciation. Her middle name is pronounced as “A-lay-na.” When she first arrived to Bethel Schools, she went by her middle name, but it was obscured pronunciation by most. “Everyone calls me Paige. I let them call me Paige, because when they look at Alanna, they say ‘Alanna’ and not ‘A-lay-na.’ You can tell who my friends are – If you call me Paige, you don’t know me. Alanna, you know me a little but. The correct way to say Alanna, you know me and all about me.”

She has struggled often with new faces and new atmospheres. And having a cleft pallet makes Alanna stand out as a unique person. If people weren’t so quick to judge, her insecurities wouldn’t be so high. However, Paige concentrates on what is important to her rather than going out of her way to be liked and noticed: her education, 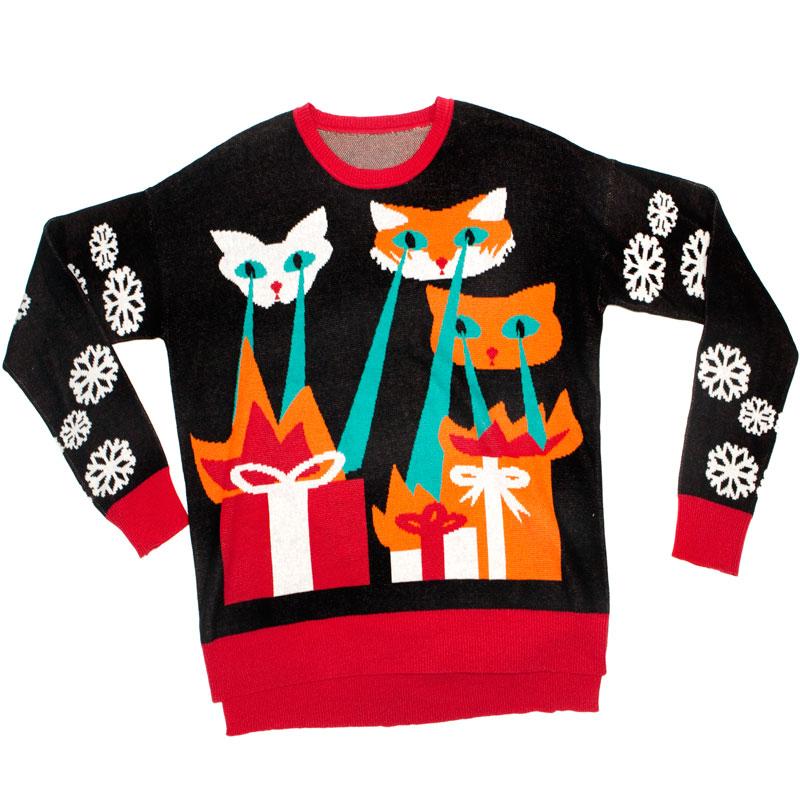 Ugly Holiday Sweaters: A How To