Teenagers all have a similar ritual before sleep. While it should be a gradual relaxation process, the Internet is surfed instead; friends are texted, Snap Fitness is visited, and late-night snacks are eaten. But is staying up this late as healthy as it is fun?

Both science and psychology say absolutely not. Sleep is not just to give our body a few hours’ rest; “[it] repairs brain tissue”, says Mr. Hunt, BHS’s AP Psychology instructor.

Ms. Kaye, our health teacher, adds that sleep “is like brain food. Without ‘food’ they won’t have the energy to get through the day.”

While we seem to function alright on the average 7 ½ hours of sleep, a typical teen gets, we actually need 8-9 hours, according to both Mr. Hunt, and Ms. Kaye. The broad perception that one can condition his/herself to function on less hours of sleep has proven to be false.

“I guess you can condition yourself,” Hunt speculates, “but you won’t to be performing at an optimal level.” He continues to explain why one feels wired at bedtime, and why the 8-9 hours isn’t a guideline to brush off.

“We all have a circadian rhythm,” Hunt says. A circadian rhythm is essentially our internal, biological clock that tells us when we’re tired and when we’re awake. Irregular, sparratic sleeping patterns can disrupt this rhythm. “[This] explains why we’ll be wired at 11 pm.”

There is also the myth that you can put yourself back on track by sleeping through the better part of the day, after a week of little to no sleep. This has also proven false. “You can accumulate sleep debt,” Hunt explains. “It takes weeks to recover that.” This is opposed to the 16-hour session commonly believed to be the quick fix.

Teens are characterized as being ravenous brats; however, this stereotype can be largely attributed to sleep. Lack of sleep impacts the amount of the hormone ‘serotonin’ secreted into our bloodstream. Serotonin controls our mood. Its depletion will cause us to “see tasks as more daunting than they are,” says Hunt. “You’ll also be more irritable. And lumping on top of that, that you’re hungry.” The reason for hunger, caused by sleep-deprivation, is the depletion of the hormone leptin, which signals the feeling of fullness, and the increase of ghrelin, which tells the body its hungry. This causes more irritability, binge-eating, and further, weight gain.

Kaye backs this up: “[Kids] are tired at school, they don’t eat the right foods…they’re irritiable.”

With distractions and busy schedules, it’s almost impossible to get a good night’s sleep. What’s an incentive to do it? What do we do if we just can’t get the eight hours? The incentives are life satisfaction and one’s overall function. “The more you sleep, the better your creativity,” Hunt says. He also reports that 63% of people who have 8-9 hours of sleep have personal satisfaction.

There’s one myth that has been proven right: that naps are a huge help. According to the National Sleep Foundation, “naps can help you pick up and make you work efficiently, if you plan them right.” How does one plan them right? NSF says that any naps too long or too close to bedtime can interfere with your circadian rhythm, or regular sleep.

For those who have trouble falling asleep, Kaye has this advice to give: “Get off the Internet at least an hour before you go to sleep. Make you’re in a very dark room, [and] don’t eat anything heavy.” NSF adds that one should not eat, drink, exercise, or do homework right before or within a few hours of bedtime. If endorphins are rushing through your body and your mind is all over the place, you have no chance of a good night’s sleep. 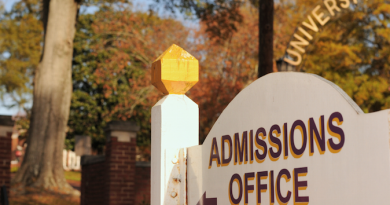 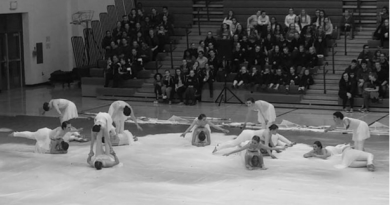 The Sport of the Arts’ Sojourn in Salem 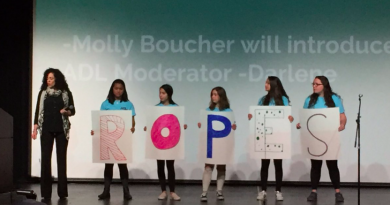