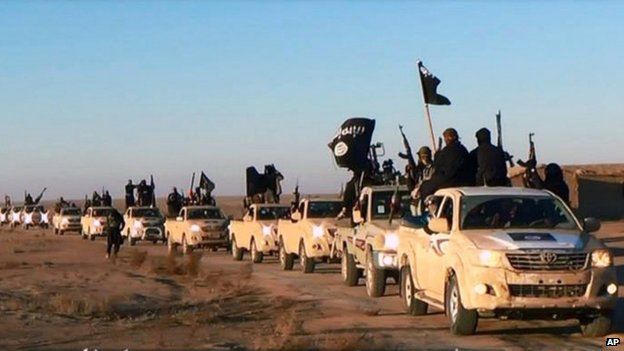 Over the last few months the news has been flooded with stories of ISIS; it seems every other word is dedicated to the topic. But, what is ISIS? ISIS or the Islamic State of Iraq and Syria is a jihadist state within the two countries. As a result of their infamously violent tactics, such as massacres of civilians, holding women and children hostage, and beheadings, the United Nations has labeled ISIS a terrorist organization.

Although all this violence and warfare may seem so foreign and so far away, the conflicts of the Middle East may also be present right now within the United States; conflict that can be found in the minds of seemingly typical American teenagers. Last April, Shannon Maureen Conley, a 19-year-old from Colorado, was arrested at Denver International Airport where she was about to board a flight to Germany. Soon after, she was planning to transfer to the Turkish Border and work in an ISIS camp as a nurse. Conley, a certified nurse’s aide and converted Muslim, was going to meet a man she had met online; one whom she intended to marry. Last Saturday, another 19 year old American teen from suburban Chicago was apprehended at O’Hare International Airport while attempting to board a plane to Istanbul, Turkey. The FBI charged him with “attempting to provide material support to a foreign terrorist organization.”

Headlines like “American Teens Can’t Say No to ISIS,” spark the questions of why and how. It turns out, these cases are yet more proof supporting the debate of the decade; the internet causes more harm than good. Many of the soon-to-be militants connect with ISIS members over the world wide web. In many cases, like that of Maureen Conley, the teens and adults meet a husband or wife online, who persuades them to come, get married, and fight for the cause. These often young people are convinced of the importance of the goals of the Jihadist organization. They talk frequently to these militant men and women with whom they relate and “fall in love.” It has often been described as a sort of “manipulated and dark” online dating. Not only in America, but all over the world, young people like Conley and the suburban Chicago teen, are being lured towards the Middle East; like two Austrian girls, of 17 and 15 years, who ran away in April and are now believed to be married and pregnant in a Syrian city controlled by the Islamic State. The internet now connects the world, which is often regarded as a good thing – but could it also have a poisonous side? Could it be an aid in the luring and enveloping of young people into a war and conflict years beyond their time?

The Next Mr. Wildcat?