When we last heard from our Varsity Winterguard team, they were competing alongside the Bethel Marching Wildcats in class 1A competition. Throughout this fall season the girls were victorious, bringing home the title of best color guard in the nation after performing in national competition in the marching band’s show titled “Defiance.”

With the wrap of the fall season came the start of the winter, where the Bethel Varsity Winterguard began preparation for the competition season, starting in February, with their show “Born To Fly.” The 2016 team consists of nineteen performers; seven seniors, one junior, one sophomore, seven freshmen and three eighth graders; all of whom join forces nine hours a week in the BMS gymnasium, in addition to the multitude of hours spent outside individually practicing and thinking late into the night about their show.

These girls, with the guidance of numerous supportive coaches, dedicate their hearts and souls to the Sport of the Arts. This year, the BHS Winterguard takes their show, “Born to Fly,” to the regional competition in Salem, Mass., on Feb. 13. Jayme Colombo, one of three hardworking eighth grade team members, exclaims “I’m just really glad that, as an 8th grader and it being my first year on varsity, I’m able to say I will be competing at a regional competition with my team!” Molly Dolman, senior and captain of the team, adds “I’m very excited for this season, and I am even more excited for the future seasons! The effort and talent that is so evident in the younger members is really awesome and they’ve honestly impressed me so much. I am extremely excited to get the next two months to spin with them, but also to see them grow after I leave!” Starting at 10:30 a.m., the competition will include nearly forty teams from all over New England in the gymnasium of Salem High School. Bethel will compete against eleven other teams in the Scholastic National A division. The judges will watch all of the shows, each of which include choreography, varying from modern to contemporary to ballet, depending on the selected music, that is incorporated seamlessly throughout, intricate spinning and tossing of rifles, sabres and six-foot flags, and props specific to their shows’ theme. Finally the prelims will come to a close and be evaluated to decide which teams will perform a second time in finals later that evening.

Wish our guardies luck as they embark on another journey to success! 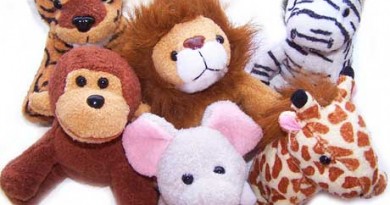 When You Don’t Have Money, But You Still Love Your Honey