A survey was sent to all Bethel High School faculty, students and staff and out of the 269 responses, 92.9 percent know someone who is diagnosed with a mental health disorder. Whether it is an a disorder related to anxiety, bipolar, depression, eating, personality,  OCD, or PTSD, the number of people who are afflicted with these disorders, or knows someone who has one, is alarming.

The earliest form of mental health treatment was known as trephination, where part of the skull was removed by auger, bore or saw. History has seen doctors perform lobotomies, put people in low blood sugar comas or admit them to mental asylums, where patients were often beaten, starved, chained and sexually abused.

According to Mental Health America, Connecticut is ranked seventh in the nation for access to mental health.

Despite this strong ranking, 45.8% of teens still did not seek medical help for depression. Since the percentage of people who do seek medical assistance is still very low, many question if current treatments are always helpful and effective.

Today, there are a variety of ways to efficiently treat mental diseases, yet people are not always given, or do not always seek the appropriate care. Psychotherapy is a popular option, where a trained mental health professional explores the thoughts, feelings and behaviors of their patients. Support groups are also used for people who share similar symptoms to guide each other towards recovery. There are also medications to aid in the management of symptoms. When symptoms are too persistent, hospitalization in psychiatric facilities or psych holds are necessary if the individual needs to be closely monitored.

Psych holds, which in Connecticut are called a 5150 or a 72-hour hold, are where individuals are held, against their will until a physician is able to determine if they are either greatly disabled or a danger to themselves or others and need some sort of psychiatric evaluation. Yet, hospitals often avoid placing people on psych holds unless it is completely necessary, which means many people do not get the help they so desperately need.

“They don’t like to do it a lot and what happens is if it is done then an evaluation has to be done within 24 hours, a mental status exam. And then a determination gets made from there if they’re able to hold them longer. If they think they need more help, they have to go to probate court, a doctor will have to stimulate why he believes this person needs to be held or treated. They don’t do it,” explained Sheila Levine, Bethel’s Student Assistance Counselor.

The facts are alarming. The pattern of mental health diagnoses has been increasing rapidly for a multitude of reasons — but why?

The ctnonprofitalliance.org reported that 10.8 percent of Americans suffered from some type of serious psychological distress, including major depressive disorder, bipolar disorder and schizophrenia. In Connecticut alone, approximately 305,023 adults suffered from a mental illness and the number keeps growing.

Some argue the influence of media and technology creates unrealistic expectations for a ‘better’ self image. Impacts such as these could lead to diagnoses of social anxiety, lack of self confidence and depression.

Stress from school and work, peer pressure and familial issues are also contributors.

People are also self diagnosing, which may also explain why the numbers of people who claim they have a mental health condition are increasing; but many people are troubled and ashamed about the stigma surrounding mental health and often do not seek authentic medical assistance.

“I feel like there is more dialogue about mental health now than there was even ten years ago,” explained Megan Mason, a guidance counselor at BHS. “With the older generation it isn’t talked about at all but I think with students these days I think they see themselves the way media portrays it.” Mason also explained how dramatic and over exaggerated mental health is in the media, so students see that and view all mental disorders in that dramaticized way.

Although the younger generation might be more open to discussing and understanding mental disorders, they still have a warped perception of it. The stigma is just being enforced by the media and although it is allowing younger people to be more open, it isn’t addressing the real issue.

The media, which can have a positive or negative impact on society, is well known for portraying mental illnesses, such as the popular Netflix series “Thirteen Reasons Why” which unrealistically portrays depression and suicide. Shows like this can be misleading, but highlighting these issues in the media can be informative because celebrities, too, suffer from mental illness.

Many know that Robin Williams  committed suicide in 2014. He suffered from supposed undiagnosed bipolar disorder, categorized by episodes of mood swings, ranging form depressively low to manic highs. Similar to Williams, Carrie Fisher also suffered from supposed bipolar disorder and her condition is considered a main reason for the drug use that lead to her death. However, these celebrities did not seek proper medical treatment and were never officially diagnosed, instead suffering in silence like thousands of other victims.

Pro Bowl wide receiver Brandon Marshall, on the other hand, who is diagnosed with borderline personality disorder, is very open about his condition and advocates for awareness.

On the popular website “The Players Tribune,” Marshall is quoted saying that, “We need to accept that mental illness is a disease and that like any other disease, the research is key to fighting it. We need more robust education in schools. But most of all, we need to break the stigma.”

Brandon Marshall isn’t the only celebrity to speak out about their mental illness. Demi Lovato, Dwayne “The Rock” Johnson and Kristen Bell are just a few examples of celebrities who are trying to bring awareness to the importance of seeking proper treatment for mental health conditions. Since celebrities are primary influencers on today’s youth, their advocacy for mental health reforms will hopefully inspire others to seek mental health help and to change the stigma that surrounds it.

While these illnesses and the symptoms they induce may be dangerous on their own, nothing compares to the potential harm produced by ignoring mental health issues. Without the proper treatment, these illnesses that society consistently glosses over have resulted in tragic loss of life.

The tenth leading cause of death in the U.S is suicide, a direct result of a mental illness.

According to the Suicide Prevention Resource Center, Connecticut has seen 402 suicides in the last year, with one in particular hitting close to home.

Hailey Nailor, a 16 year old student at Danbury High School, took her own life by tragically jumping from the Danbury Fair Mall parking garage. Her actions were directly related to bullying and her anxiety, mood disorders and depression. Although Nailor was hospitalized several times, it seems that these efforts were never effective.

Another local tragedy that occured at the hands of undealt with mental health illnesses was the Sandy Hook Elementary School shooting in December 2014, in which Adam Lanza killed 20 students and six adults.

It is truly sad that in our society early mental health symptoms such as poor performance in school, antisocial behaviors or mood swings are often ignored or overlooked

According to a TED Talk, 90% of suicides are the result of mental illness; sadly, that number does not seem to be decreasing, mostly because people are not taking this issue seriously. We have coined the terms “psycho”, “spastic” and “crazy” to describe people with mental illness. These terms are insensitive, as there are people who may be suffering from illnesses that make them feel out of place.

Mrs. Correira, Bethel’s school psychologist, reveals that the most common mental disorders at BHS are depression and anxiety; while the student body is not responding to it negatively, they aren’t responding positively either.

“When someone is having a bad day or acting oddly, we should not take it personally,” says Correira. “Instead, we should ask if they need anything or if they are having a rough day. That is showing that we care.”

Bethel High School has begun to address this issue, with “The Truth About Hate” presentation on March 20 that focused on the importance of being kind to each other,  which is where everyone should start.

In short, be kind and pursue educational opportunities that will help normalize mental illnesses. Remember to treat your brain the way you would treat your body if you were sick and always seek professional help. 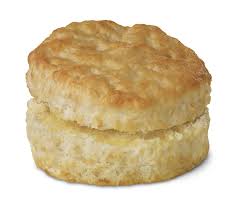