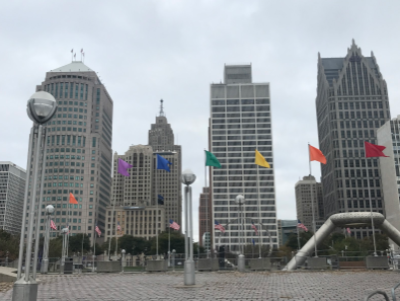 When I went to the Women’s March in Washington, D.C. this past January, I had no idea how much the women’s movement would expand in the following months. But, low and behold, the four women behind the Women’s March– Tamika Mallory, Linda Sarsour, Bob Bland and Carmen Perez–somehow managed to organize the first women’s convention in over forty years, and I, along with four thousand five hundred others,was lucky enough to attend.

I flew alone into Detroit on the Thursday before the convention started. The event went from October.27 to – 29. I hastily navigated through the airport, got to my hotel and prepared for the day ahead.

The convention was held in Detroit’s Cobo Center, which proved to be an excellent space to hold an event as big as this one. We began Friday in a giant room with a stage where we listened to many people give motivational speeches. It was a great way to get everyone excited for the convention. Then, we broke into groups to attend sessions on subjects ranging from race to disability rights. My favorite session that day was one about lobbying and advocacy. The panelists were wonderful and informative and there was a substantial audience, waiting and ready to take notes. And in this audience, there were people of all races, ages and genders. The Women’s Convention also brought attendees to Detroit from almost every state in America. When I say that, it really is the truth–I sat next to one woman from Alabama in one of the workshops I attended.

That night, we did a sort of repeat of the morning’s panels and speakers, but this time they brought out the celebrities. Rose McGowan spoke about sexual assault, Senator Kirsten Gillibrand reminisced about women’s fight for the vote and how we can advocate like suffragists did and Senator Amy Klobuchar talked about women’s power and how we can use our voice for change. Every few minutes, the crowd was so inspired that almost everyone rose with applause. It was amazing.

Saturday was even better than Friday, but it also came with some struggle. As I arrived at the Cobo Center, there were about five to ten anti-choice protesters outside, holding up graphic and crude signs about abortion. There was security and everyone was safe, so I debated going outside to talk to the main woman protesting, holding the megaphone. Finally, I decided to go out and talk to her. And on that day, I learned something: there is so much political disagreement right now, but if we just listen to each other it can change so much.

I was polite and so was she. I asked her a few questions about her political stance and she answered my questions well. At the end of the accidental interview, we shook hands and I went inside. I learned that we had some common ground: we both believed in women’s power and women’s strength, but our beliefs differed over issues of reproductive health care. By the time lunch came around, all of the protesters were gone because of the cold, but their effect still remained as I thought long and hard about what the woman told me.

That morning, I learned about women in publishing and in the afternoon I listened to a panel on fighting anti-semitism in light of recent racist incidents, such as the white supremacist riots in Charlottesville, Virginia. At night again, the Women’s Convention organizers brought out a series of impressive speakers like Little Miss Flint and Maxine Waters. Just like Friday night, everyone was up and out of their seats with applause.

Sunday was a half day, so I only attended one session called “Confronting White Womanhood” and it was packed. Essentially, the goal of this workshop was to educate white woman about how they can help in the resistance. We were encouraged to share stories about micro-aggressions, or events in our lives that we may have shown racial bias, or plain racism. A white woman in my group recounted a story about a boyfriend she had in college who was black. She told us that she broke up with him because of his race–she said at the time it felt “too different” for them to date. Dozens of women came up to the central microphone to share stories of their own and the panelists gave us great tips on how to support people of color in this movement, not fight against them.

Detroit is a beautiful city and I am so happy I had the opportunity to go to this convention. In fact, the Women’s March Organization raised over one hundred thousand dollars, so about one-third of attendees at the convention were there on a scholarship–including me! I am overjoyed that the organizers of this convention made it accessible for so many to come, to meet others and to learn about how we can effectively engage in advocacy, activism and other forms of resistance.

Due to the storm in the northeast at the time, I ended up flying home on Monday morning instead of Sunday afternoon, but everything worked out and it gave me time to reflect. If you were to read this article and take anything away from it, I present to you these four main actions that will strengthen the women’s movement:

Detroit is a beautiful city and I am so happy I had the opportunity to go to this convention. In fact, the Women’s March Organization raised over one hundred thousand dollars, so about one-third of attendees at the convention were there on a scholarship–including me! I am overjoyed that the organizers of this convention made it accessible for so many to come, to meet others and to learn about how we can effectively engage in advocacy, activism and other forms of resistance. 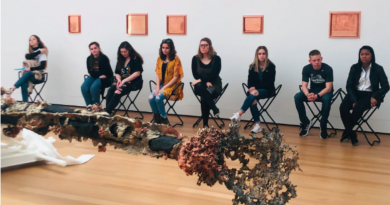 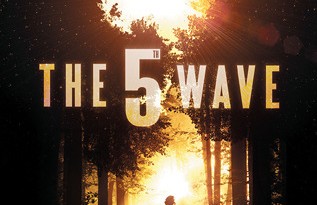